When casting for The Hills: New Beginnings began, “MTV had a short list of three famous names they wanted to join the show,” a source reveals in the new issue of Us Weekly. One of those names was Mischa Barton who revealed on Instagram October 3 that she will be joining the cast of the reality revival. The other two, reveals the insider, were Kelly Osbourne and Katharine McPhee! For more on the cast, check out the video above.

‘The Hills’ Revival: Everything We Know About ‘New Beginnings’ 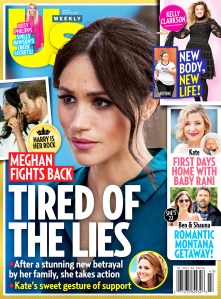 And for even more on how Barton hopes the show will “document her comeback,” pick up the new issue of Us Weekly, on stands now.