Try The Rosé All Your Favorite Stars Are Drinking During Quarantine!
Celebrities React to Claims of Ellen DeGeneres’ ‘Toxic’ Workplace: Katy Perry, Brad Garrett and More
The 5 Most Comfortable Face Masks — From Tory Burch to Amazon
END_OF_DOCUMENT_TOKEN_TO_BE_REPLACED

Sometimes the only thing that’s constant…is change. It seems that this has never been a more accurate statement on the Roloff farm than during the Tuesday, July 19, episode of Little People, Big World. Some changes were fun: Newlywed Zach Roloff was busy trying to come up with the perfect way to honor his wife’s milestone 25th birthday. Some changes were frightening: Matt Roloff underwent a procedure on his neck, only to learn that he would need a more serious surgery down the road. And some changes — like Matt and Amy gearing up to finalize their divorce — no one was sure exactly how to feel about.

Turning a quarter of a century old is certainly something to celebrate, and Zach was determined to make it his wife’s most memorable birthday yet, despite the challenges. “She’s my best friend, and I want to be a good husband and put on a birthday party for her,” he explained to the camera. Specifically, Zach wanted to throw Tori a surprise party, with all of her closest friends and family in attendance. (For anyone who has ever tried to do this, you know it’s easier said than done.)

Zach’s desired guest list included his brother, Jeremy Roloff, and wife Audrey, his sister, Molly Roloff — who he declared was Tori’s best friend now — and Tori’s mom, Kim. Amy offered to handle the cakes, and Zach recruited Kim to keep her daughter away from the house while he set up during the day.

The only issue? Apparently, Zach is a terrible liar and was extremely stressed about being even the slightest bit dishonest with his better half. Still, it seemed that he had just about pulled it off: Amy had finished the cakes and gone to pick up Molly, while Tori arrived at the house to take the family dog for a run. Amy successfully snuck Molly inside when Tori wasn’t looking, and Zach was breathing a sigh of relief.

Despite his neck giving him all kinds of trouble, Matt insisted on being hands-on with the removal of the pirate ship. “Knowing we have to tear it down and it’s not salvageable weighs heavy on my heart,” he lamented as Jeremy and Zach reminisced about times they played there as kids. Matt probably shouldn’t have been doing that particular physical labor, however, because it ended up making his existing neck condition that much worse, and he ended up at a clinic in Los Angeles getting a cortisone shot for some (temporary) relief.

Before he left, he told Amy of the procedure. “We still care about each other,” he told the camera, even though he admitted that “things were awkward” between them. Amy took the news in stride and wished him well.

“With the divorce almost being final, he wants to handle these health issues on his own,” she explained, noting that she “didn’t know” where her place in his life was now.

The procedure went smoothly, but Matt seemed morose as the staff asked him who would be taking him home, and he answered a car service (and not Amy). His spirits dampened further when the doctor confirmed Matt’s fear that he would need a follow-up surgery on his neck that was extremely serious and could lead to paralysis if something went wrong.

The Family Rallies Around Matt

Despite their imminent divorce, Amy made it clear that even though they weren’t married anymore, she was there for him. Zach and Jeremy also made a point of showing their dad they could step up to the plate, vowing to be more involved in the day-to-day operations of the farm and in more constant communication with each other.

Jeremy talked to his wife, explaining how serious the implications of his father’s surgery were and adding that it was “rally time” and that the family must “band together” for their dad. Audrey took it in stride and assured Jeremy they would do just that. 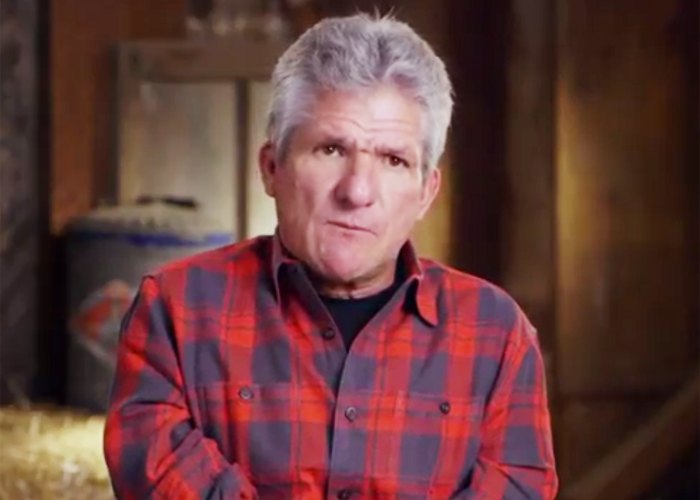 “I just got done telling him multiple times that it was a surprise party!” Zach fumed to the camera after watching Jeremy say happy birthday to Tori. As it turned out, however, Tori didn’t pick up on anything unusual, and when the big moment arrived, she was genuinely surprised.

“The fact that he kept a secret from me for that long is surprising!” Tori said to the camera. “He is an open book,” she added as Zach nodded in agreement. “Having Molly there for my birthday made it that much more special.”

It was clear that Zach was pretty proud of himself, but he wasn’t done yet. Taking his mom’s advice to heart, he had also gotten Tori a present. He set up a romantic minipicnic at the gazebo, popped a bottle of champagne and presented her with an emerald necklace and set of matching earrings. (Emerald is her birthstone, as Amy had pointed out.)

“Zach is thoughtful. The whole setting was perfect,” Tori gushed later to the cameras. “Zach killed it.”

The only cloud on the otherwise sunny event was Matt needing to leave early to rest because of his discomfort, a constant reminder of the hard road he has ahead — and a sign that he would be traveling that road somewhat more alone since he and Amy were about to sign away their nearly three-decades-long marriage.

Tell Us: How do you think Matt and Amy are handling their divorce?

Try The Rosé All Your Favorite Stars Are Drinking During Quarantine!
Celebrities React to Claims of Ellen DeGeneres’ ‘Toxic’ Workplace: Katy Perry, Brad Garrett and More
The 5 Most Comfortable Face Masks — From Tory Burch to Amazon
END_OF_DOCUMENT_TOKEN_TO_BE_REPLACED