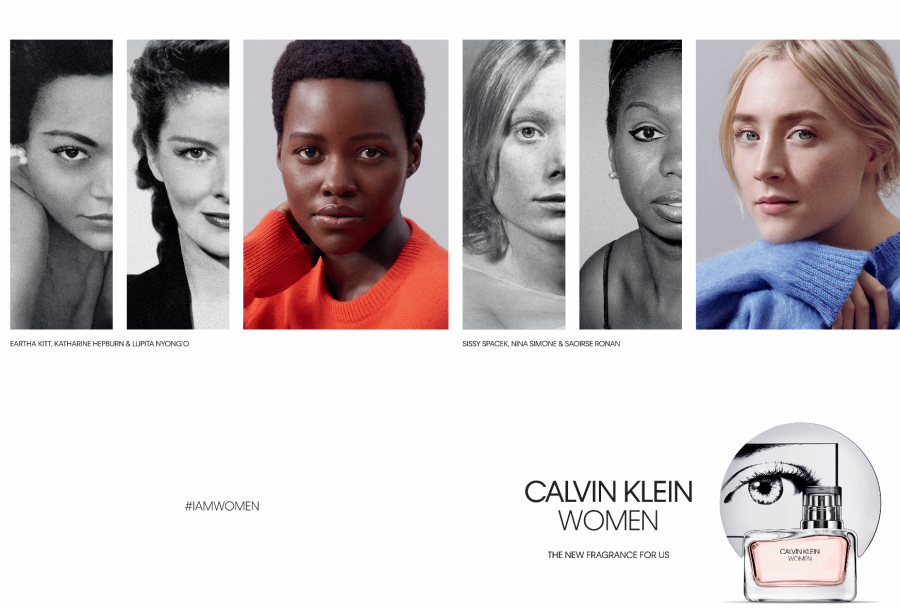 Calvin Klein has a new fragrance hitting the shelves: Women. The new scent is the first fragrance from the brand with Raf Simons at the helm as Chief Creative Officer — and they’re starting of with a bang with a campaign featuring Lupita Nyong’o and Saoirse Ronan.

Stars Without Makeup: See Stars Going Makeup-Free and Loving It!

The ads, which were directed by visual artist Anne Collier (with creative direction from Lloyd & Co.), champion iconic women and celebrate the heroines of contemporary culture. Lupita and Saoirse are featured in the campaign in striking, direct portraits next to chosen figures from the past who have inspired them. Lupita is featured alongside singer Eartha Kitt and American actor Katharine Hepburn, while Saoirse’s portrait is side-by-side with actress Sissy Spacek and singer and civil rights activist Nina Simone — all chosen because of their profound inspiration for both leading ladies.

Both Lupita and Saoirse are also featured in the film campaign which is debuting later this summer. 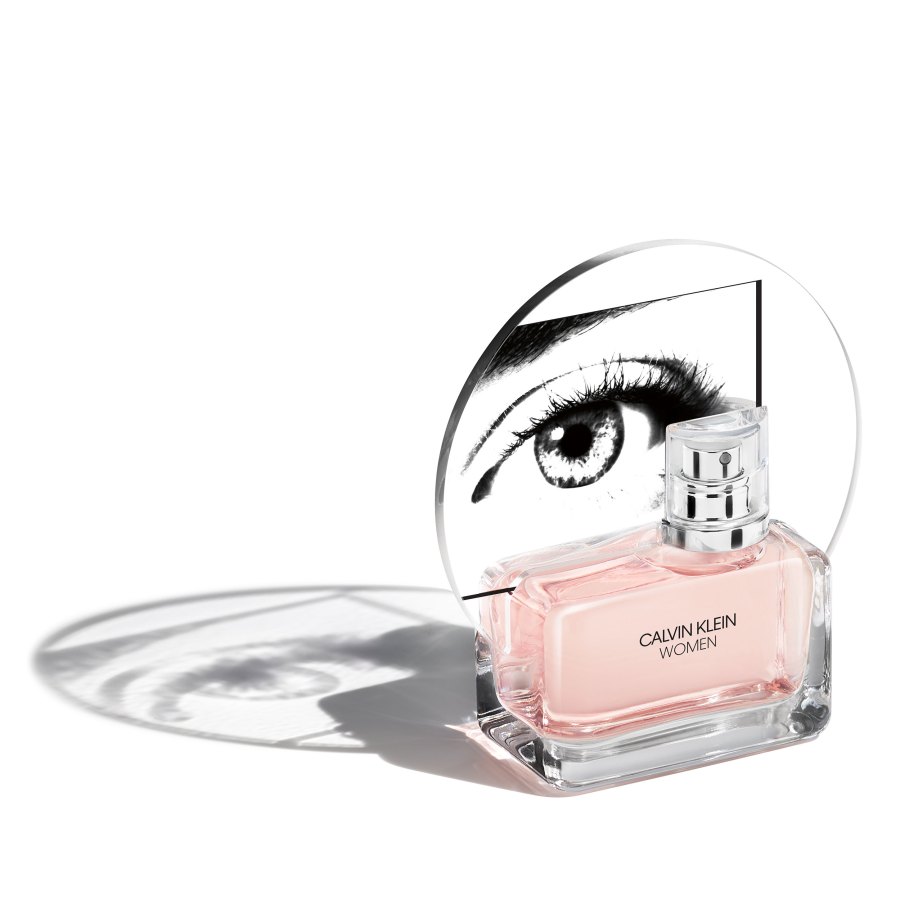 The fragrance itself is a woody floral — evoking a mix of strength, fragility, freshness and sensuality — with notes of eucalyptus, orange flower petals and cedarwood. Essentially, it’s a play of contrasts, like the women who disrupted feminine traditions and inspired both Lupita and Saoirse.

Raf Simons elaborated on the latest fragrance via press release saying, “CALVIN KLEIN WOMEN is inspired by the transmission of strength and inspiration from one woman to the next; by plurality combined with individuality; freedom of expression; and the notion that the collective is as vital as the individual.”

Calvin Klein Women will be available for purchase at Macy’s on August 15.