We can’t all marry Prince Harry, but we can all try on the the engagement ring that Meghan Markle received from him. It’s all thanks to an site called Diamond Hedge which uses augmented reality technology that can allow you to do just that.

About Last Night: See the Best-Dressed Stars on the Red Carpet and Beyond

Since we, too, have royal fever,  we took it for a spin. All you have to do is head over to the Diamond Hedge site and upload a picture of your left hand. Then, select the setting of choice (Markle’s ring is 3-stone yellow gold setting with a cushion cut diamond, designed by Prince Harry himself) adjust the size of the ring to fit your finger, et voila! You’re basically engaged to the royal heartthrob, too! Ok, not really, but there’s no harm in day-dreaming. 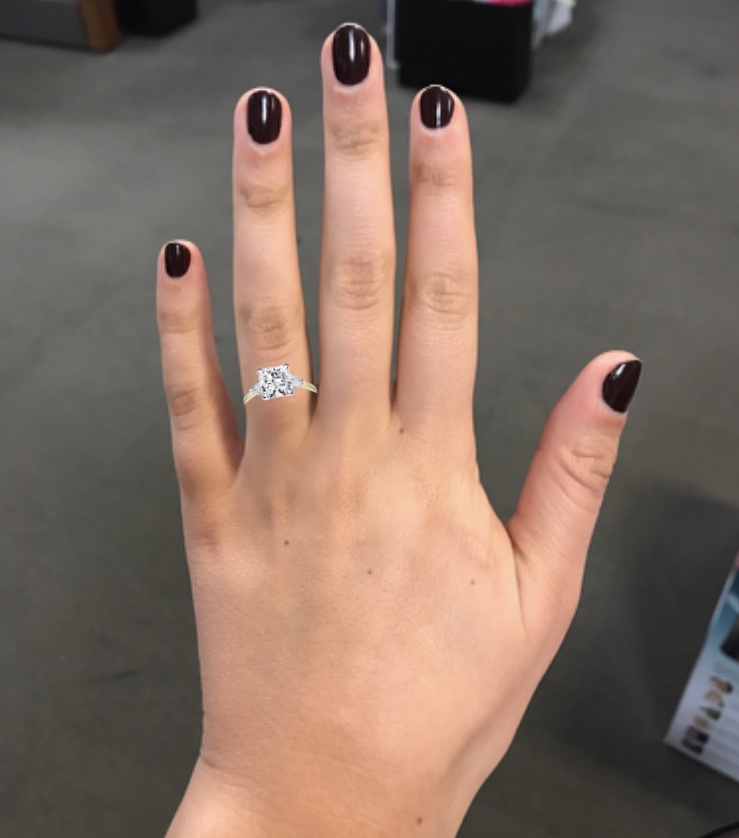 Envy Markle’s sparkle? Same. Especially because the soon-to-be royal’s ring has so much thoughtful detail. Not only does it contain two diamonds from the collection of Prince Harry’s late mother, Princess Diana, but the center cushion-cut gem was sourced in Botswana, a country which holds special significance to the couple. Prince Harry presented the sparkler to Markle while they were making dinner together earlier this month at their cottage *swoon*.

Can’t get enough of the royal engagement bling? Indulge your itchy-ring finger cravings and check out our guide to the most extravagant royal engagement rings of the last century. Or if jewelry isn’t your speed, take a look at the all-time most amazing royal wedding dresses (wait ’til you see Princess Stephanie of Luxembourg’s).