Jessica Simpson 'Felt Like a Call Girl' Amid Secret Affair With Movie Star
John Legend: How My Kids With Chrissy Teigen Adjusted to New Baby
You Love Dolly Parton’s Music, but Have You Read Her Books?
END_OF_DOCUMENT_TOKEN_TO_BE_REPLACED 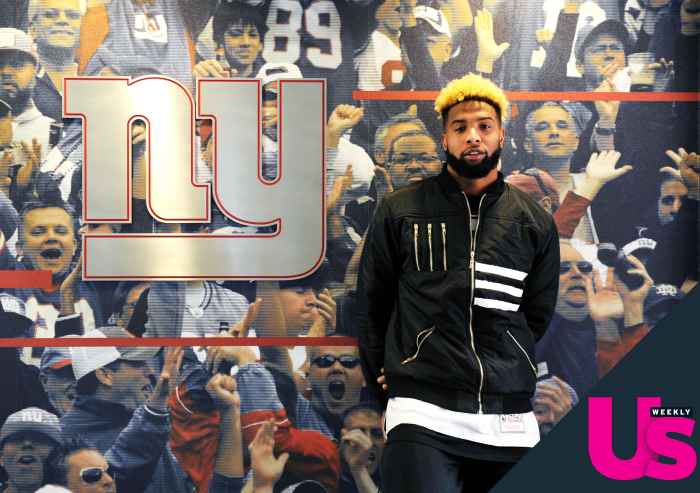 New York Giants wide receiver Odell Beckham Jr. is known for catching pretty much anything — and his blond-topped mohawk hairstyle. But in September, when his look made the rounds as a meme on the Internet (as a plate of French fries, an animated penguin, and a Drumstick ice cream cone, to name a few), Beckham Jr., 23, took it in stride. 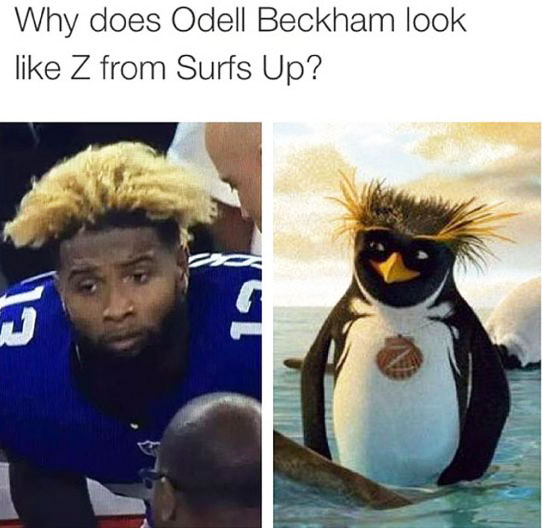 “It’s funny — I laugh at all of them. Especially the good ones,” he tells Us Weekly. “You know, I enjoy those types of things. I don’t really take it personally, or get offended by it. I mean, I wouldn’t invite ‘em, but I definitely do like looking at some of them.”

And when it comes to his hair, the Head & Shoulders brand ambassador actually has a few jokes of his own. When asked how long he’s had his blond tresses, Beckham Jr. jokingly told Us, “Since I was born. I came out blond.”

But the LSU alum does take pride in his look — in fact, it’s a style he’s been working to perfect for a few years now. “I knew I had some decent hair and I wanted to do something with it, because I won’t have it forever,” he tells Us. “So I started building the mohawk up, and now I’ve got it looking pretty decent.”

That perfectly coiffed look doesn’t come without a bit of help. “You know my barber Art does a great job at making it look presentable,” he says of Arthur Pique, who he’s been working with for over two years.

The distinct look also has the Louisiana native dealing with copycats. “I wish I was the only one in the world with a blond mohawk, that way there would be no confusion or anybody thinking it was me in other instances,” Beckham Jr. says. “It can be a disadvantage, because some people think they saw you here and they may not have seen you at all.”

Despite the care he takes with his locks, he does suffer from the occasional bad hair day. When that’s the case, his style is all about “beanies, beanies, beanies.”

Another accessory Beckham Jr. loves are his sneakers. Don’t believe Us? Take a look at his Instagram feed. “I love all the Nikes. I wear a lot of Jordans,” he tells Us. “I’ve been a shoe collector for a while now, and I enjoy having a variety of different shoes.”

However, the wide receiver gets a little more serious when he reminds Us of his childhood, where scoring the latest It-sneaker didn’t come as a given. “It’s important to think about how blessed and how far we’ve come because even as a kid, I remember my parents struggled to get the Nikes and the Jordans, and knowing that I wanted them, they were going to work and do whatever was needed to get them,” he says.

Jessica Simpson 'Felt Like a Call Girl' Amid Secret Affair With Movie Star
John Legend: How My Kids With Chrissy Teigen Adjusted to New Baby
You Love Dolly Parton’s Music, but Have You Read Her Books?
END_OF_DOCUMENT_TOKEN_TO_BE_REPLACED