Comic-Con comedy! When it comes to the pantheon of action and comic book heroes and villains alike, there is no better place to get the scoop on the best of the best whether it’s performances — or even which actor wore their iconic costume more convincingly — than at Comic-Con. Here at Us Weekly, we have a thing for finding out who wore it best, so naturally, we had to find out what the cosplay enthusiasts at the annual comic book convention think about the Hollywood iterations of their favorite characters. So, we sent correspondent Sarah Merrill to do some sleuthing — dressed as Sailor Moon, of course.

First up, Merrill asked revelers who their favorite Joker was over the  years. The choices: Jared Leto, Heath Ledger and Jack Nicholson. Attendees were polled on their favorite maniacally-laughing Batman villain, with one notably voting for Nicholson saying, “Because he’s Jack Nicholson,” with another advocating for Ledger saying, “Best Joker. Ever.” 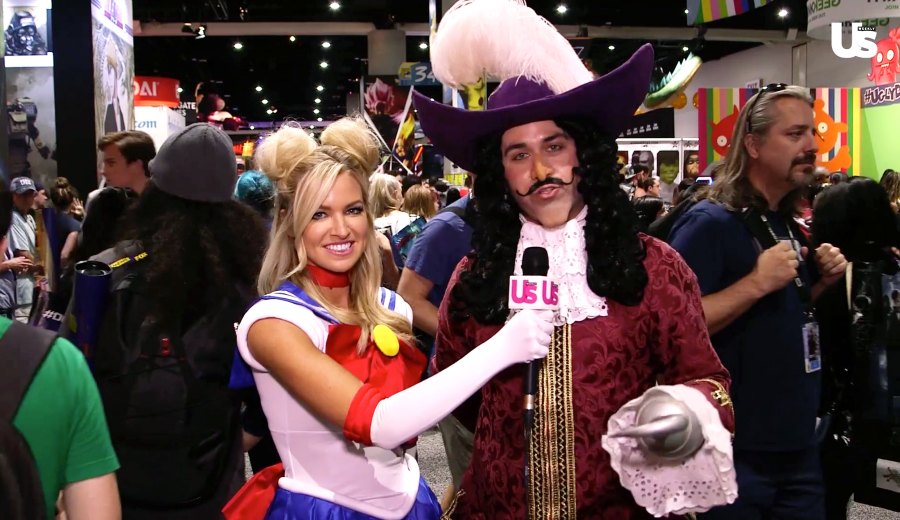 As for the Joker’s more friendly nemesis, Batman, attendees were polled on whether Ben Affleck, Michael Keaton or Christian Bale played the Gotham hero best. And while Keaton was the frontrunner, there was a curveball with one costumed-reveler voting for George Clooney, “even though everyone hates him in that role.”

Not to worry, the ladies of the comic universe were also included in the mix, most notably Anne Hathaway and Michelle Pfeiffer in their respective portrayals of Catwoman. Upon being asked, one attendee explained, “Pfeiffer brought an insane streak that added a lot to her version of the character. She quite literally became a super villain.”

For more famous hero and villain comparisons are Comic-Con 2018, check out the full video here!