Big Brother's Alyssa Snider and Kyle Capener Split
Jennifer Garner Has 'No Desire' to ‘Slow Things Down’ With Love John Miller
‘Seinfeld’ Cast: Where Are They Now?
END_OF_DOCUMENT_TOKEN_TO_BE_REPLACED

Perfectly poised in every way! Duchess Kate overachieves in all aspects of her life behind closed doors at Kensington Palace — not that it comes as any surprise.

The 37-year-old Duchess of Cambridge’s daily routine begins with her fitness regimen. “Every morning Kate gets up with the sunrise to jog around Kensington Palace, or heads over to Buckingham Palace to swim before the children wake,” a source reveals in the new issue of Us Weekly. “She finds exercise crucial to her mental well-being.”

Elsewhere, Kate balances her patronage efforts with her duties as wife to Prince William and mom of the couple’s three children: Prince George, 5, Princess Charlotte, 4, and Prince Louis, 13 months. “She works extremely hard behind the scenes. Most days she takes meetings with her charities at Kensington Palace or makes private visits to people in need, usually children,” the insider adds. “In the evening, she cooks for her family or at least sits down with them for dinner.”

Earlier this week, Us revealed how the future queen consort reacted to rumors that William, 36, cheated on her with Rose Hanbury, the Marchioness of Cholmondeley. According to a source, Kate found the allegations “hurtful,” but “it forced her and William to sit back and examine their relationship, which they realized they should have been doing more often.”

Another insider noted that the pair, who tied the knot in April 2011, are “determined” to get their romance back on track. “It’s not unusual to have a few hiccups in a marriage, especially after eight years, and Kate and William are no different,” the source told Us. “They’re still going strong. Regardless of their ups and downs, they love each other dearly and their kids are the most important thing in their lives.” 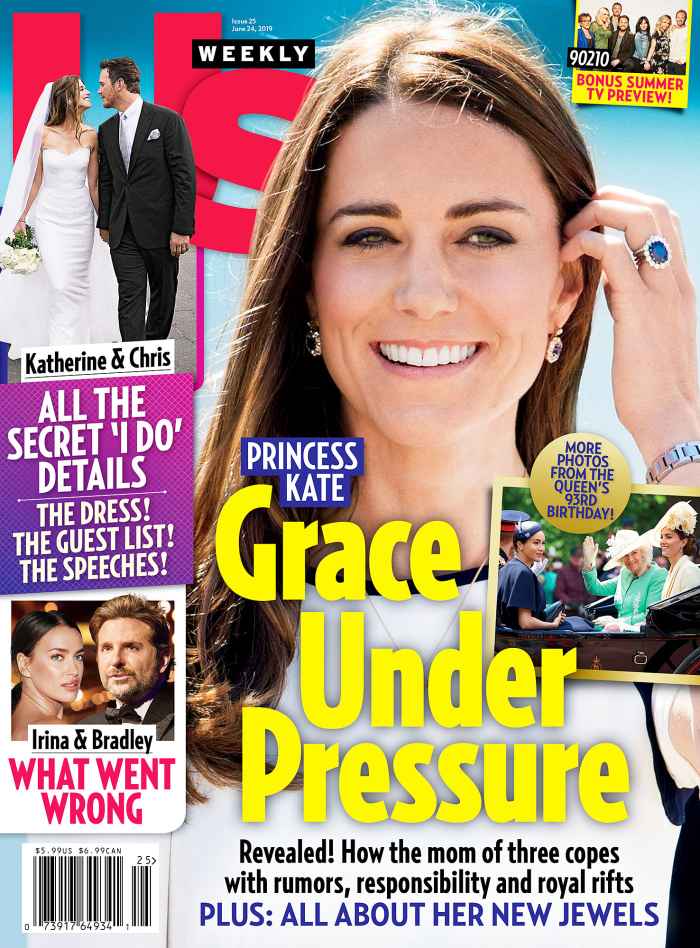 For more details on Kate’s life, watch the video above and pick up the new issue of Us Weekly, on newsstands now.

Big Brother's Alyssa Snider and Kyle Capener Split
Jennifer Garner Has 'No Desire' to ‘Slow Things Down’ With Love John Miller
‘Seinfeld’ Cast: Where Are They Now?
END_OF_DOCUMENT_TOKEN_TO_BE_REPLACED