Taking a stand. Prince Harry and Duchess Meghan’s decision to take legal action against the British media wasn’t “about one negative story or incident,” a source reveals exclusively in the new issue of Us Weekly.

“It’s an accumulation, and Harry refuses to sit and do nothing as the British press scrutinizes Meghan and invades her privacy,” the source explains. “Meghan comes across as a strong woman, but she’s been deeply affected by the negative stories about her.”

Earlier this month, Harry released a lengthy statement defending Meghan, 38, against the “bullying” the duchess as endured during their relationship. (Harry and Meghan tied the knot in May 2018 after two years together. They share 5-month-old son Archie.)

“I have been a silent witness to her private suffering for too long. To stand back and do nothing would be contrary to everything we believe in,” the prince explained. “There comes a point when the only thing to do is to stand up to this behaviour, because it destroys people and destroys lives. Put simply, it is bullying, which scares and silences people. We all know this isn’t acceptable, at any level. We won’t and can’t believe in a world where there is no accountability for this.”

Harry added that his “deepest fear is history repeating itself,” referring to his late mother, Princess Diana, who died in 1997 amid public scrutiny following her divorce from Prince Charles. 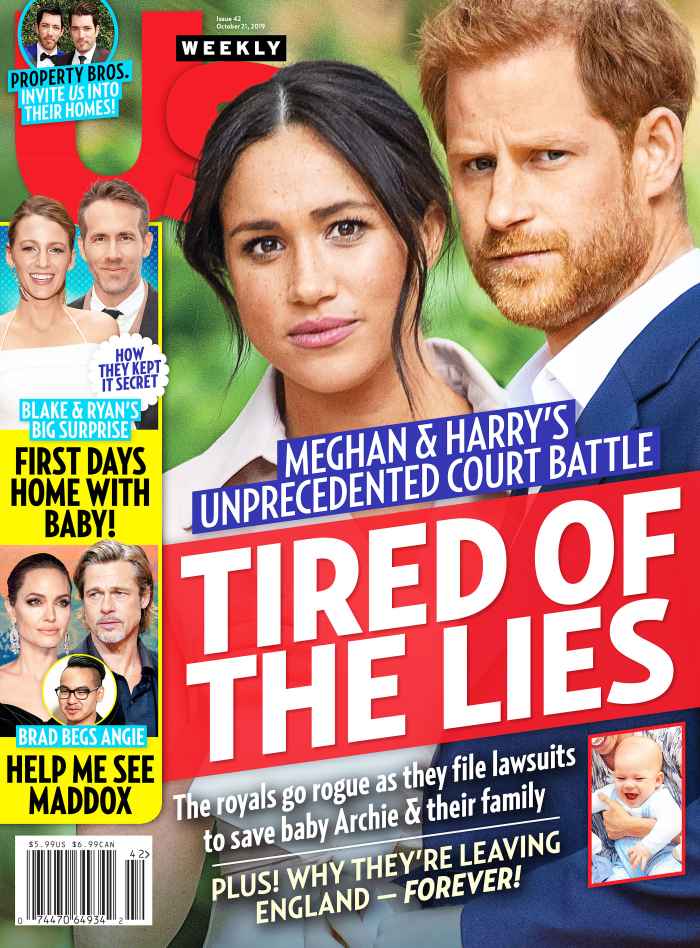 “I’ve seen what happens when someone I love is commoditized to the point that they are no longer treated or seen as a real person,” Harry’s statement read. “I lost my mother and now I watch my wife falling victim to the same powerful forces.”

For more on Harry and Meghan’s legal drama, watch the video above and pick up the new issue of Us Weekly, on newsstands now.