Like mother, like son. Throughout the duration of their royal tour in Africa, Duchess Meghan made sure to tell Prince Harry that his efforts to honor his late mother, Princess Diana, had not gone unnoticed, a source reveals in the new issue of Us Weekly.

The former Suits actress, 38, was “constantly telling him his mom would be so proud of him,” says the source.

For the Duke of Sussex, 35, being in Africa — where Diana made it a mission to bring awareness to the issues affecting the continent — had brought him solace. “It’s been an extremely emotional journey for Harry,” says the insider of the new dad, who walked through a minefield in Angola on September 27, like Diana did more than 20 years before.

Having their 4-month-old son, Archie, with them on their 10-day trip — which kicked off on September 23 and wrapped up on October 2 — was also extra special for Harry. He and Meghan are hoping to pass down their dedication to philanthropic issues, just as Diana did before her tragic death at 36 in a car crash in 1997.

“Having the opportunity to continue his mom’s work there is extremely meaningful,” says the source. “It’s his way of paying tribute to Diana.”

For more on Prince Harry and Duchess Meghan’s royal trip, watch the video above and pick up the new issue of Us Weekly, on stands now. 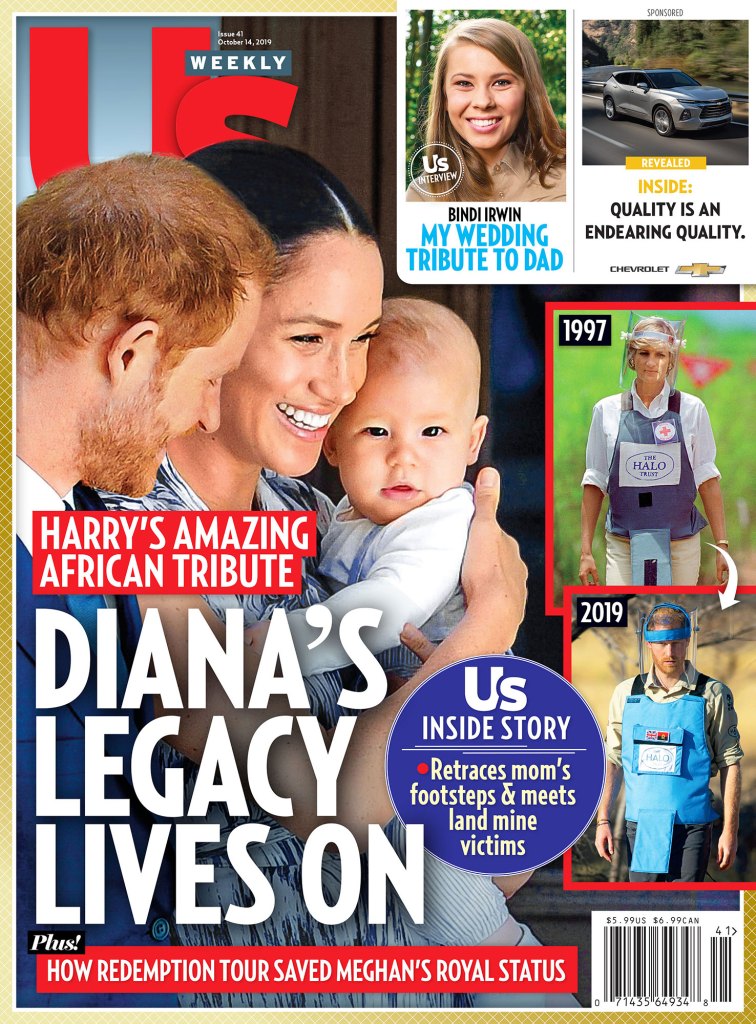