Royally outraged. Prince William isn’t pleased with the contents of Finding Freedom, the new book about Prince Harry and Meghan Markle, a source exclusively reveals in the new issue of Us Weekly.

In the book, out August 11, authors Omid Scobie and Carolyn Durand detail shocking developments in the behind-the-scenes relationships that led Harry, 35, and Meghan, 38, to step back from the royal family earlier this year. While a spokesperson tells Us that the content is “based on the authors’ own experiences as members of the royal press corps,” and that the royal couple was not involved, William, 38, believes otherwise.

“William thinks the book is their calculated way of controlling the narrative and that they took advantage of their entertainment contacts so they’d be painted in a favorable light,” the source says.

Harry and the Suits alum announced their royal exit in January, less than two years after tying the knot in May 2018. Since taking a step down from their responsibilities as senior royals, the pair briefly relocated to Canada and has since settled down in Los Angeles with son Archie, 14 months.

While Harry and his brother were on thin ice before Finding Freedom stirred the royal pot, the book has only exacerbated their tension. An excerpt from the tell-all reveals that the former military pilot was “pissed off” with William, who wanted to “make sure that Harry wasn’t blindsided by lust” before going public with his relationship with Meghan.

“Even before the book came out, the bad blood between William and Harry was apparent,” another source tells Us. “But it’s taken a whole new turn.”

In October 2019, Harry acknowledged that he and his brother were “certainly on different paths” in an interview for the ITV documentary, Harry & Meghan: An African Journey. With new details about the royal family dynamic emerging in Finding Freedom, William feels as though he and wife Duchess Kate are made to seem like the villains in Harry’s life.

“William’s the voice of reason and can’t help thinking that Harry’s ongoing resentment toward him, Kate and the rest of the royal family is a sign he’s struggling to move forward with his life in L.A.,” the first source claims. 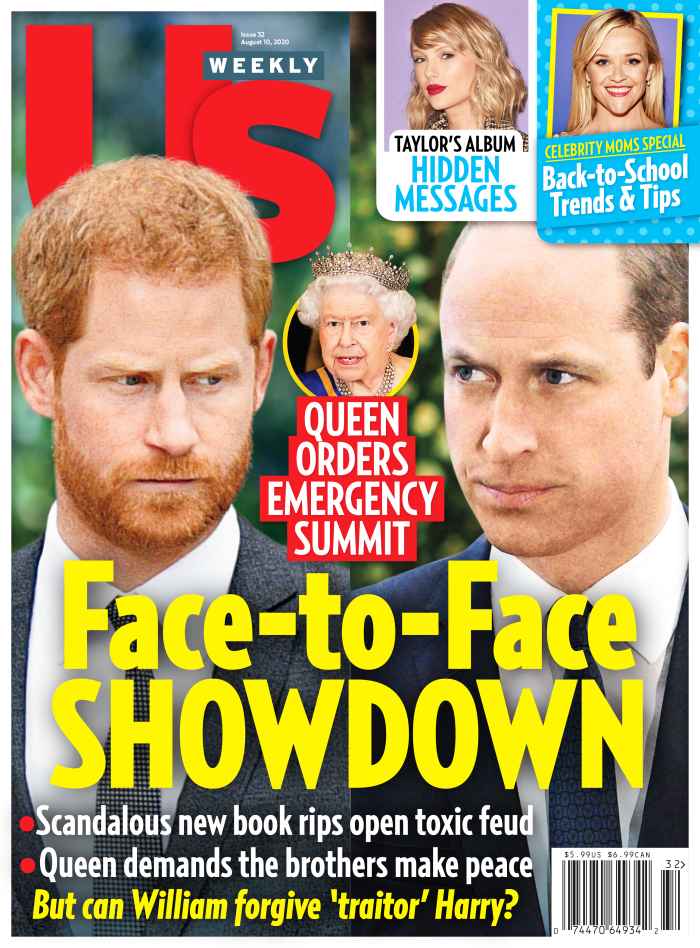 For more on the ins and outs of the royal family, watch the video above and pick up the latest issue of Us Weekly, on newsstands now.