Jessica Simpson 'Felt Like a Call Girl' Amid Secret Affair With Movie Star
John Legend: How My Kids With Chrissy Teigen Adjusted to New Baby
You Love Dolly Parton’s Music, but Have You Read Her Books?
END_OF_DOCUMENT_TOKEN_TO_BE_REPLACED

When it comes to her estranged family members blabbing to the press, Duchess Meghan would do nearly anything for a reprieve. Yet as each week seemingly brings a new sensational headline, thanks to her dad Thomas Markle Sr., she can only fret.

Meghan Markle’s Family: Everything We Know About the Royal In-Laws

“Meghan is absolutely broken by the drama with her father,” a source close to the former Suits star reveals in the new issue of Us Weekly. “There’s no way she can have a relationship with him or even reach out to him to stop him from speaking. She knows he’ll record the conversation and sell it. She has high anxiety wondering if this will go on forever.”

Puzzling over the problem has brought one bright spot, however — an unlikely allegiance with Queen Elizabeth II. “What may surprise some is just how supportive Her Majesty has been during the problems Meghan has faced with her family,” a Buckingham Palace insider shares. “Meghan is in a tough place, and the queen knows it’s completely out of Meghan’s hands. She has only sympathy for what’s been a difficult and distressing situation for her.”

More than sympathy, the 92-year-old monarch has admiration for the L.A.-born actress and activist, who became the newest member of the House of Windsor when she wed Prince Harry in May. “While Meghan and the queen come from two very different backgrounds and generations, there’s a warmth between the two that’s genuine and loving,” says the palace insider.

It’s a far cry from the famously frosty relationship the queen had with Prince Harry’s late mother, Princess Diana — and it was by design. When the 33-year-old flame-haired royal knew things with Meghan, 37, were serious, he requested a sit-down with his grandmother. “He wanted to make sure every family member knew that the queen supported the relationship,” says a second source, “and how important it would be for Meghan, who’s from a very different background, to feel welcomed and supported.”

It turns out, the monarch hardly needed prompting: “The queen became fond of Meghan at their first meeting,” says the insider. “Not just because she’s the charming woman who brought happiness into her grandson’s life, but also because she quickly demonstrated that she’s intelligent, polite and keen to learn.” 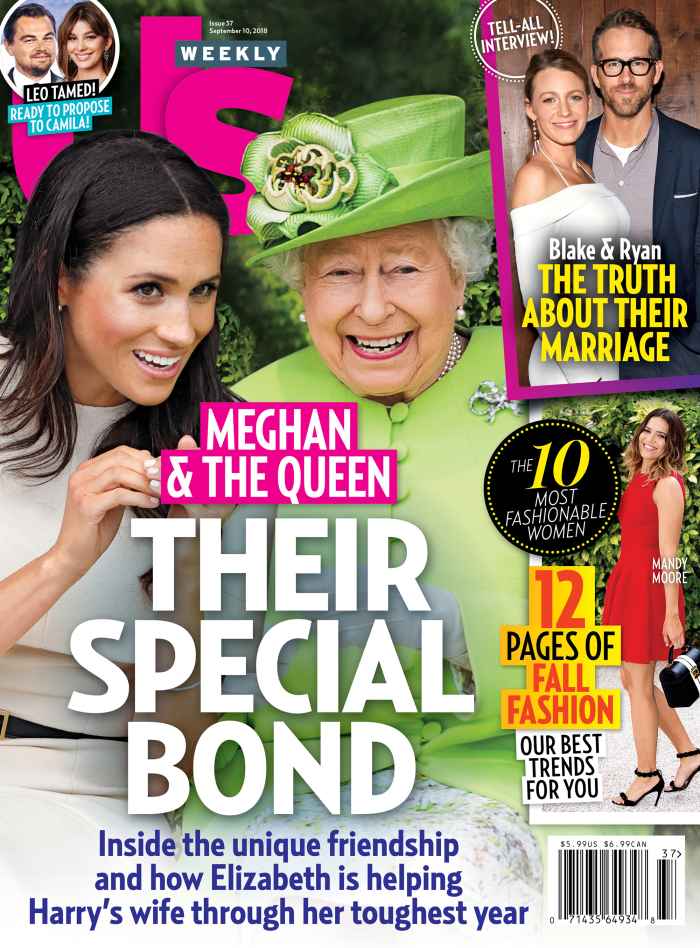 For more on Queen Elizabeth and Duchess Meghan’s amazing bond — including their shared sense of humor — pick up the new issue of Us Weekly, on stands now.

Jessica Simpson 'Felt Like a Call Girl' Amid Secret Affair With Movie Star
John Legend: How My Kids With Chrissy Teigen Adjusted to New Baby
You Love Dolly Parton’s Music, but Have You Read Her Books?
END_OF_DOCUMENT_TOKEN_TO_BE_REPLACED