This One-Piece Swimsuit Is So Flattering, You’ll Never Want to Take it Off
This Family-Friendly Virtual Pet Game Will Be The Next Hit Of Your Household!
This Affordable Kaftan From Amazon Is Giving Us Serious Zara Vibes
END_OF_DOCUMENT_TOKEN_TO_BE_REPLACED

Gone but never forgotten. REELZ’ Luke Perry In His Own Words documentary explores the late actor’s career through his own reflections on a life of influence, legacy and personal tragedy.

Luke Perry Through the Years

The film will take fans back to the beginning of Luke Perry’s life before the Fredericktown, Ohio, native became known for his iconic role on Beverly Hills, 90210. The documentary will also highlight his character on the ‘90s drama, Dylan McKay, and his career comeback as Fred Andrews on Riverdale. 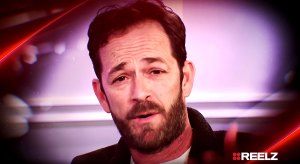 Perry shared 21-year-old son Jack and 18-year-old daughter Sophie with his ex-wife, Rachel “Minnie” Sharp. Luke Perry In His Own Words will give fans an inside look on how the actor kept his personal life private, cared more about his family than Hollywood and how he stayed dedicated to his children.

In addition to getting insight from Perry’s closet friends and colleagues, the documentary includes an exclusive interview from Randy Spelling, the brother of Tori Spelling and the son of 90210 producer Aaron Spelling. (Randy also appeared on the series as Ian Ziering’s character Steve Sanders’ brother, Ryan.) 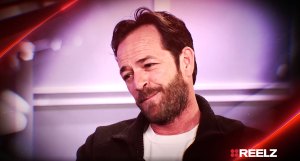 “I mean, I’d show up at school and people were asking me questions about the episodes the night before,” Randy recalled in a sneak peek from the doc. “And both Luke and Jason [Priestly, who played Brandon Walsh] were just the two guys that every guy wanted to be, every girl wanted to date. Yeah, that was it. The coolness factor was 10-plus.”

There will also be interviews from a former 90210 showrunner, two writers and Dr. Oz and Dr. Drew, who will weigh in on Perry’s shocking death.

Perry died on March 4 less than a week after a massive stroke. He was 52.

This One-Piece Swimsuit Is So Flattering, You’ll Never Want to Take it Off
This Family-Friendly Virtual Pet Game Will Be The Next Hit Of Your Household!
This Affordable Kaftan From Amazon Is Giving Us Serious Zara Vibes
END_OF_DOCUMENT_TOKEN_TO_BE_REPLACED