The JUDY safety kit comes in handy for any emergency — whether at home or at the zoo — by providing all the necessary supplies. Tiger King star John Finlay is using his platform to raise awareness for the importance of being prepared for emergencies by lending his voice to JUDY’s new campaign. 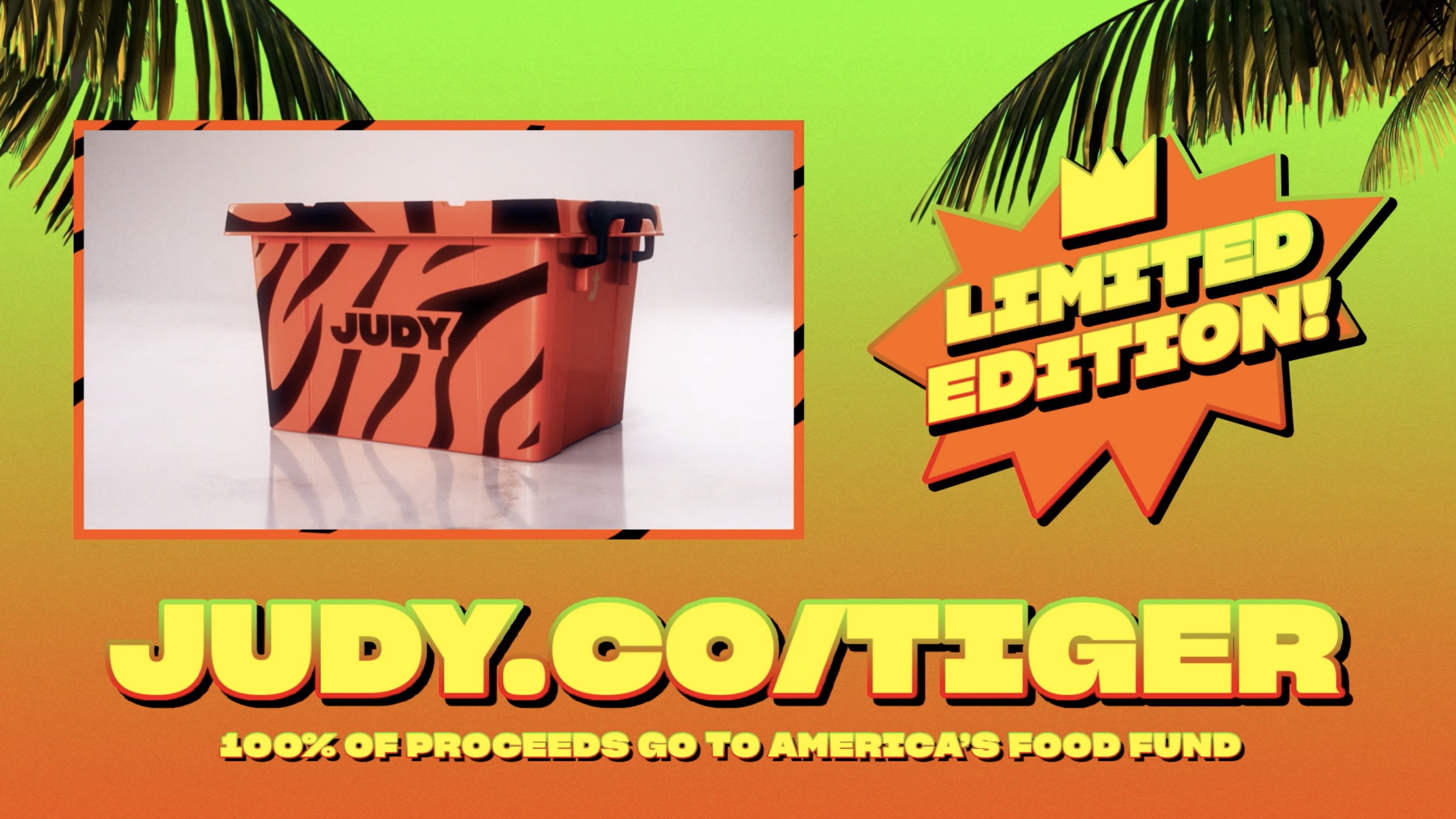 “Tigers aren’t the only thing that need our attention. More than ever it’s important to be prepared for emergencies, and to give back to people in need,” the zookeeper tells Us Weekly of his involvement. “This is a campaign I’m proud to be part of.”

JUDY is launching a limited-edition kit called Tiger Safe, which is stocked with emergency essentials and contains more than 24 life-saving preparedness items including a First Aid kit, food and water reserves and safety tools. Developed by leading experts in emergency management and disaster preparation, the Tiger Safe is designed to equip households with the key items needed for any scenario.

The Tiger Safe — which features exotic stripes — offers the same JUDY promise of high-function, intuitive design with clear, compelling how-to videos and easy-to-follow instructions, all in a fun package.

Finlay’s involvement in the campaign is his very first gig following the Netflix documentary, and 100% of the proceeds will support America’s Food Fund, an initiative launched by Leonardo DiCaprio and Laurene Powell Jobs.

See Stars Dressed as Joe Exotic and the Cast of ‘Tiger King’ — Including Jared Leto, Sylvester Stallone and More!

“At JUDY, we know that emergency preparedness is so important that we’ll do anything for you to pay attention and prepare your family,” explains Simon Huck, Co-Founder and CEO of JUDY. “At a critical time when 60 percent of American households have no emergency plan in place, we hope to change that statistic one family at a time.”