It’s going to take time. Wendy Williams filed for divorce from her husband of more than 21 years, Kevin Hunter, earlier this month, but the talk show host isn’t going to fully bounce back overnight.

“Wendy’s not looking back. Her friends and family think the sky’s the limit now that Kevin’s gone,” an insider exclusively reveals in the new issue of Us Weekly. “She still has healing to do, but she’s taken several major steps in the right direction. She’s strong and resilient.”

Wendy Williams’ Health and Personal Struggles Through the Years

The source notes that Williams, 54, has been spending a lot of time with the estranged couple’s 18-year-old son, Kevin Jr. “He cares deeply about his mom and has been a rock,” the insider tells Us.

As for Hunter, 46, the insider shares that “some close to Wendy fear Kevin will try to manipulate his way back in, but Wendy is done with Kevin.”

Williams served the TV producer divorce papers on April 11 while backstage at The Wendy Williams Show, where he has since been fired from his job as both an executive producer and Williams’ manager. 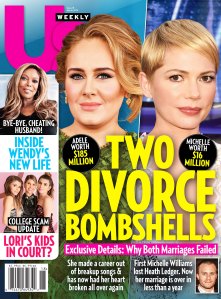 “Kevin Hunter is no longer an executive producer on The Wendy Williams Show,” a spokesperson for show told Us on Thursday, April 18. “Debmar-Mercury wishes him well in his future endeavors.”

Hunter and Williams relationship has been plagued with cheating rumors for years. The DailyMail first published pictures of Hunter and his alleged mistress Sharina Hudson in New Jersey in September 2017, claiming the two had been seeing each other for more than a decade.

Speculation surrounding Hunter and Hudson’s romantic involvement began resurface in March when news broke that Hudson gave birth to a baby girl. Hunter has not yet addressed claims he is the father.

For more on how Wendy Williams is moving on from her estranged husband, watch the video above and pick up the new issue of Us Weekly on newsstands now!