Archie’s hush-hush arrival. Meghan Markle gave birth to her and Prince Harry’s son and quietly snuck home before news broke that she had even gone to the hospital, a new book claims.

“On the morning of 6 May [2019], Meghan was duly delivered of her delayed but healthy son, weighing in at 7lbs 3oz,” British historian Robert Lacey writes in Battle of Brothers: William, Harry and the Inside Story of a Family in Tumult. “Baby Archie had arrived with the dawn at 5.26 a.m., allowing grandmother Doria [Ragland] and the happy couple to return to Windsor with their precious cargo undetected.”

It was not until eight hours later, however, that the royal family released a statement saying the Duchess of Sussex, now 39, “went into labor” with the Duke of Sussex, now 36, by her side.

“Their stratagem was bolstered by Buckingham Palace’s putting out a strangely misleading statement at 2 p.m. that day saying that the Duchess of Sussex was just going into labour — when she had, in fact, been delivered of her new son eight hours earlier,” the author, 76, writes.

The confusion apparently struck a nerve with Harry’s big brother, Prince William, who “did not think too highly of Harry and Meghan’s ‘prima donna’ manoeuvres to conceal the birth of their son,” Lacey claims.

The Duke of Cambridge, 38, was so bothered, according to the book, that he and his wife, Duchess Kate, waited “a full eight days” to meet their newborn nephew.

“By contrast, the Queen, Prince Philip, Charles and Camilla all turned up within hours to coo over the baby — and it seemed strange that, when the Cambridges did finally pitch up more than a week later, they didn’t bring along George, Charlotte and Louis to welcome their new cousin,” Lacey continues.

As detailed in Battle of Brothers, William and Harry’s relationship has been strained for years, in part due to the younger prince’s relationship with the American actress. Another book about the royals released earlier this year, Finding Freedom by Omid Scobie and Carolyn Durand, also included stories about the rift between the brothers, including a claim that William felt Harry had been “blindsided by lust.” 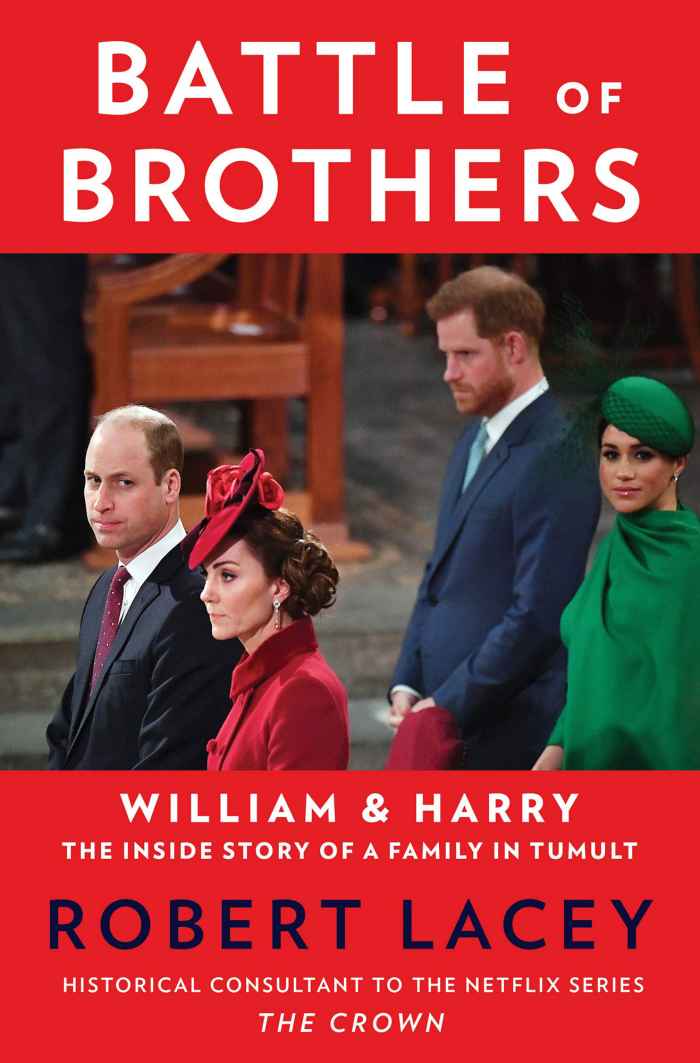 “Finding Freedom has made things worse between them,” a source exclusively told Us Weekly in August of the princes. “There continues to be issues between the brothers.”

Harry and Meghan stepped back from the royal family in March and have since settled in Santa Barbara, California, with their 17-month-old son.

Battle of Brothers is available in bookstores now.

Hear the Us Weekly editors break down the most surprising celebrity births during the pandemic in under 2 minutes!