Ever since Bradley Cooper and Lady Gaga smoldered onstage during their performance of “Shallow” at the Oscars on February 24, the A Star Is Born actors have been the subject of speculation about whether their love story is playing out off screen.

Adding fuel to the fire? Gaga’s recent split from her talent agent fiancé, Christian Carino, and her fawning comments about her director and costar. “As soon as I saw his eyes, we had this instant connection,” she has said. “We found love through music.”

“Gaga and Bradley have insane chemistry and really got into their roles when filming,” a source reveals in the new issue of Us Weekly about their performance as tragic lovers. And while Cooper, 44, threw himself into his character, he’s ready to drop the act now that awards season has wrapped. Gaga, 32, “has a harder time letting go and feels things very deeply,” says the source. 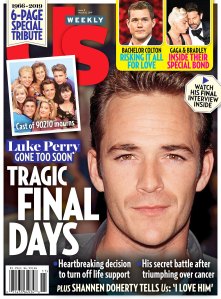 For her part, Bradley’s longtime girlfriend, Irina Shayk, “knows that Bradley and Gaga are artists,” said another source. “It’s a nonissue for her.”

For more on Cooper and Gaga’s bond, check out the video above.

And for even more on the costars, pick up the new issue of Us Weekly on stands now.