TV
10 Shows You Should Be Watching Before the Emmys
Bring out the popcorn! Plenty of binge-worthy shows that have something for every TV lover’s appetite made the nominations list ahead of the 2020 Emmy Awards. The Mandalorian earned lots of Emmy recognition this season with 15 nominations for the Disney+ drama series. The latest installment of the Star Wars franchise is set five years after the […] 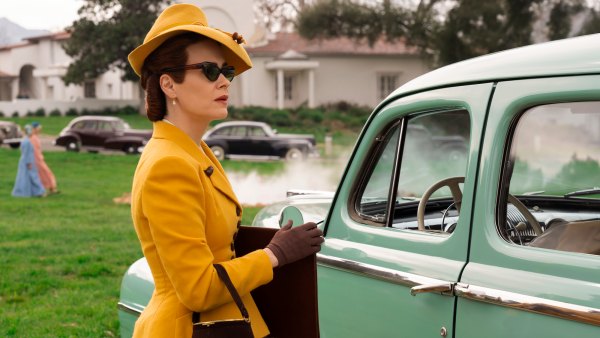 TV
Will There Be a Season 2? Everything to Know About Netflix's 'Ratched'
Ryan Murphy‘s world just expanded. The producer’s first Netflix series, Ratched, dropped on the streaming giant on Friday, September 18, introducing the world to an entirely new Nurse Ratched — a character featured in the 1975 drama One Flew Over the Cuckoo’s Nest. The thrilling drama is dark, twisted and at times, very funny, following […]

Music
‘If I Ain’t Got You,’ More Hit Songs That Were Intended for Other Artists
Through the years, so many hit songs have slipped through the fingers of the artists that they were intended for and instead recorded by their counterparts. Imagine a world in which TLC sang “…Baby One More Time” or Britney Spears belted “Umbrella”? We can’t either. Check out 13 examples below!

Real Housewives
Bravo Stars React to NeNe Leakes Leaving ‘RHOA’
Saying goodbye. Andy Cohen, Kyle Richards, Garcelle Beauvais and more Bravo stars offered their two cents on NeNe Leakes‘ exit from The Real Housewives of Atlanta. The TV personality, 52, announced her departure from the Bravo series in a YouTube video posted on Thursday, September 17. “There has been a lot of emotion flying from […]

Emmys
Best Emmy Awards Selfies Throughout the Show’s History
Smile for the camera! The Emmy Awards focus on the honoring TV’s best, but for many fans it’s an excuse to see the best-dressed stars and the selfies they take. As TV lovers prepare to see if their favorite show takes home the trophy each year, Hollywood’s biggest names are getting all dressed up and […]

Reality TV
Shocking Reality TV Exits
Rife with scandal or just the right time to walk away? Stassi Schroeder, Lauren Conrad and Nicole “Snooki” Polizzi are among the reality stars who left their shows in surprising fashion. Schroeder, for one, was fired from Vanderpump Rules after eight seasons alongside costar/frenemy Kristen Doute. Bravo confirmed their departures in June 2020 after their past racially […] 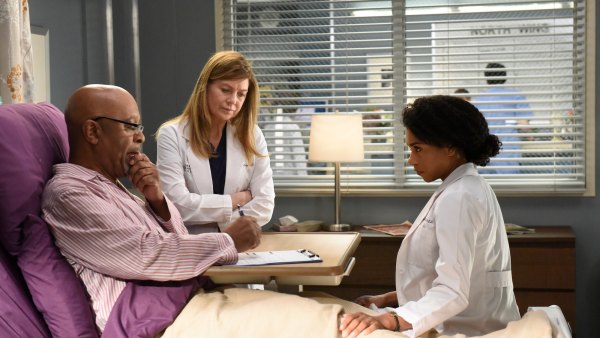 TV
'Grey's' Is Back! ABC Announces Fall Premiere Dates
Back to normal? Not so much, but NBC, ABC, CBS, Fox and The CW are doing their best to bring back some of the most-anticipated shows of the year. However, as shown on the full schedule below, many of the network’s biggest programs have been delayed due to the coronavirus pandemic. NBC shared that the […]

Reality TV
'RHOBH' Season 10 Reunion Revelations
Lisa Rinna may have declared that the season 10 Real Housewives of Beverly Hills reunion was “bulls—t” last month, but the actress certainly didn’t hold back while confronting Denise Richards during the three-part special. During part one of the reunion, which aired on September 2, things got tense when Lisa, 57, confronted Denise, 49, about […]

TV
'Project Runway' Winners Through the Years: Where Are They Now?
“Designers, make it work!” Project Runway contestants have been sewing up a storm since 2004 — and some of the winners are still changing the game of the fashion industry to this day. The long-running reality series challenges up-and-coming designers to create original garments restricted by time, material and theme. From 2004 to 2018, the […]

Bachelor
Status Check! Bachelor Nation Couples Who Are Still Going Strong
Some Bachelor Nation splits hit harder than others. After months of speculation, Becca Kufrin confirmed in September 2020 that she and Garrett Yrigoyen ended their engagement. “I don’t think it’s going to come as a shock to anyone, but Garrett and I have decided to end our engagement,” the season 14 Bachelorette said on her […]

Reality TV
Summer House's Paige DeSorbo Teases Best Season Yet: What We Know
New details of Summer House season 5 are starting to emerge. Us Weekly broke the news in June 2020 that Bravo renewed the show for a fifth season. While the show had its highest ratings during season 4, some fans worried that the coronavirus pandemic would prevent the cast from returning to the Hamptons. “The […]

Pics
Summer House's Hannah Reunites With New Man After Filming Wraps: Meet Des
Sorry, Luke! Hannah Berner has a new man in her life. The Summer House star is dating Des Bishop, Us Weekly can confirm. The reality TV star 29, started seeing Bishop, 44, shortly before she left to film season 5 of the Bravo series in The Hamptons. Us broke the news in June that Summer […]

TV
'Succession' Family Tree: A Guide to the Roy Family
Who’s next in line? Succession may have been inspired by a real-life media empire, but there’s more drama packed into this HBO series than could ever appear on reality TV. Since it premiered in June 2018, fans have been drawn into the ins and outs of the Roy family as they battle for power at […]

Pics
Costars Reunited! ‘Glee’ Stars and More
Nothing like a little reunion! Stars from both TV and film are constantly reuniting in Hollywood, whether it be on a red carpet or for a new project. Check out stars -- from shows and movies like That '70s Show, Saved by the Bell and Full House -- that have come together years after they took their last bows together

Reality TV
More Diversity, But No Leah? What We Know So Far About ‘RHONY’ Season 13
Season 13 of The Real Housewives of New York City is shaping up to look a little different. “We’re working on next season,” Andy Cohen teased to Us Weekly in August 2020. “I’m excited for what we have planned.” The long-running reality TV show first saw changes during the summer of 2019 when Bethenny Frankel […]

Emmys
TV Shows That Surprisingly Never Won a Single Emmy
It happens too often! Every year around Emmys season, TV fans hear about shows and actors who were snubbed as equally deserving nominees celebrate. In fact, some of the most iconic series of all time never won a single Emmy in their heyday. While Alexis Bledel won Outstanding Guest Actress in a Drama Series for […]

Reality TV
'Dancing With the Stars' Partners Revealed — Plus, Find Out All the Scores
An entirely new season! New host Tyra Banks and judges Carrie Ann Inaba, Bruno Tonioli and Derek Hough kicked off season 29 of Dancing With the Stars and although it included many new elements due to the coronavirus pandemic, one thing remained the same: The stars were ready to dance. Backstreet Boys’ AJ McLean kicked […]

TV
Benson's Back! Meredith's Masked! Stars Return to Set Amid COVID-19 Pandemic
Getting back to work! The stars and crew of Law & Order: SVU, Riverdale and many other shows have headed back to set amid the coronavirus pandemic. Although it’s a very late start for many series — fall episodes usually begin filming in July — “fall TV” looks different in 2020. Supernatural was one of […]
Load More