Amal Clooney is a woman of many talents — human rights lawyer, international style star and now it looks like she can add nail polish muse to her resume.

The 41-year-old barrister has gotten her nails done by manicurist Gina Alcedo for years. And today Alcedo launched a nail shade for her brand Nailvana L.A. (A.K.A. NVLA) she developed based on a color that Clooney often wears in her outfits. Oh, and the lawyer herself approved the final product! 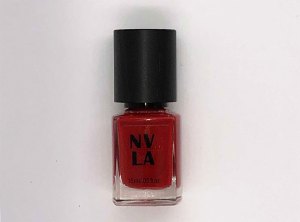 The polish is a part of the summer 2019 Hollywood collection. “I couldn’t be more excited to introduce my sophomore collection of NVLA polishes,” Alcedo said in a press release from the brand. “Hollywood has been a place of dreams for so many, including myself. I’m grateful to the town and the people I’ve appreciated as clients and enjoyed as friends. The Hollywood Collection pays homage to them by name and color selection.”

Other shades in this collection include Warrior Princess Pink, a hot pink shade, Willows Bay, a pale metallic pink and Ms. Honey’s Honey, an opaque off-white that matches with just about anything.

Not only is Alcedo Clooney’s go-to manicurist, but the brunette stunner has been a long-time fan of NVLA. She’s worn shades from the first collection, Brentwood, a handful of times in just the past year. For instance, during Meghan Markle’s baby shower in New York City on February 19, the NYU graduate wore a gothic purple shade called Perfect Image. On February 9 for Jennifer Aniston’s 50th birthday party, she paired her burgundy slip dress with the hue Rockingham Red.

As for current summer favorites, the brand whispered to that the lawyer has been pairing Sunset Blvd Nude with Ms. Huffington Pink.

Now excuse Us while we stock up on all these Amal-approved nail polish shades, including her very own.