Jessica Simpson 'Felt Like a Call Girl' Amid Secret Affair With Movie Star
John Legend: How My Kids With Chrissy Teigen Adjusted to New Baby
You Love Dolly Parton’s Music, but Have You Read Her Books?
END_OF_DOCUMENT_TOKEN_TO_BE_REPLACED

From her years on Laguna Beach and the Hills, Lo Bosworth is known for her low-key SoCal beauty, but that doesn’t mean she doesn’t know a thing or two about makeup. The former reality star, who recently teamed up with Barilla to launch its new legume pasta, stopped by the Us Weekly offices to spill some of her beauty secrets, which include the fact that she’s been playing with makeup since she was just five years old and considers herself a contour expert (seriously!). Keep scrolling for a few highlights, and check out the video above for all of her tips and tricks!

Bosworth admits that she has been paring down her skincare routine lately to just the essentials, but she does swear by the SkinCeuticals C E Ferulic and SkinMedica TNS serums and GloPro at-home micro needling device. While that little trio may cost a pretty penny, she also believes that taking regular steam showers, drinking plenty water and keeping her lips and dry skin nourished with Bag Balm (a drugstore salve originally meant for cow utters that has turned into a cult-fave moisturizer) is just as important. 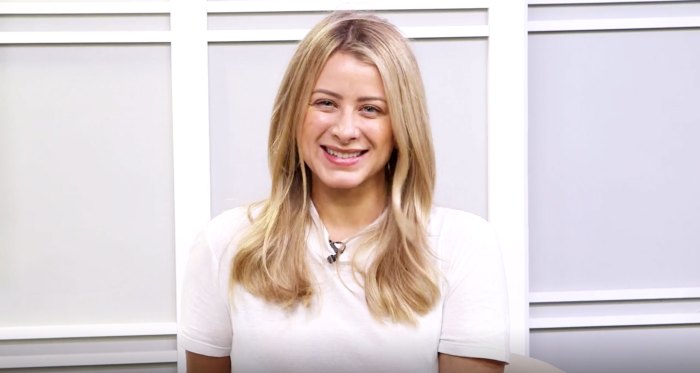 When it comes to makeup, the blonde beauty counts the “gorgeous” Jenna Coleman, who plays Queen Victoria on the BBC drama Victoria, as her beauty muse. She tells Us that she loved reading makeup artist Kevyn Aucoin’s books as a child and learned how to blend her own foundation shades early on, turning her into somewhat of a master contourer.

“I am good at creating a nice foundation,” she says. “I’ve always been really interested in counting and highlighting and just sort of creating beautiful shapes on the face, so if you want a good contour, you come to me.”

The Drugstore Hair and Beauty Products Used for AMAs 2018 Glam

For more of Lo’s beauty, wellness and style wisdom — including why she believes “anyone who doesn’t eat carbs is crazy” — check out the video above!

Jessica Simpson 'Felt Like a Call Girl' Amid Secret Affair With Movie Star
John Legend: How My Kids With Chrissy Teigen Adjusted to New Baby
You Love Dolly Parton’s Music, but Have You Read Her Books?
END_OF_DOCUMENT_TOKEN_TO_BE_REPLACED