Duchess Meghan’s mother, Doria Ragland, has been on hand for support after the arrival of the Suits alum and Prince Harry’s first child, but her estranged father, Thomas Markle, was not involved.

“He’s as devastated as any grandfather would be who isn’t being given the chance to see his grandchild,” a friend says exclusively in the new issue of Us Weekly.

Meghan, 37, cut off Thomas, 74, when he was caught staging paparazzi photos before her May 2018 wedding to Harry, 34, and the retired TV lighting director has since bashed the royal family in numerous interviews. However, he sent his best wishes to the new parents after their son arrived on Monday, May 6.

“I’m delighted to hear that mother and child are doing well,” Thomas said in a statement to The Mirror. “I am proud that my new grandson is born into the British royal family and I am sure that he will grow up to serve the crown and the people of Britain with grace, dignity and honor. God bless the child, and I wish him health and happiness, and my congratulations to my lovely daughter Duchess Meghan and Prince Harry, and God save the Queen.”

A source previously told Us exclusively that Meghan “did not tell” her dad about her pregnancy before her October 2018 announcement. “He found out the same time as the rest of the world,” the source added.

The Royal Family's Next Generation

Thomas and Ragland, 62, were married from 1979 to 1987. He is also the father of Thomas Markle Jr. and Samantha Markle with his first wife, Roslyn Markle. 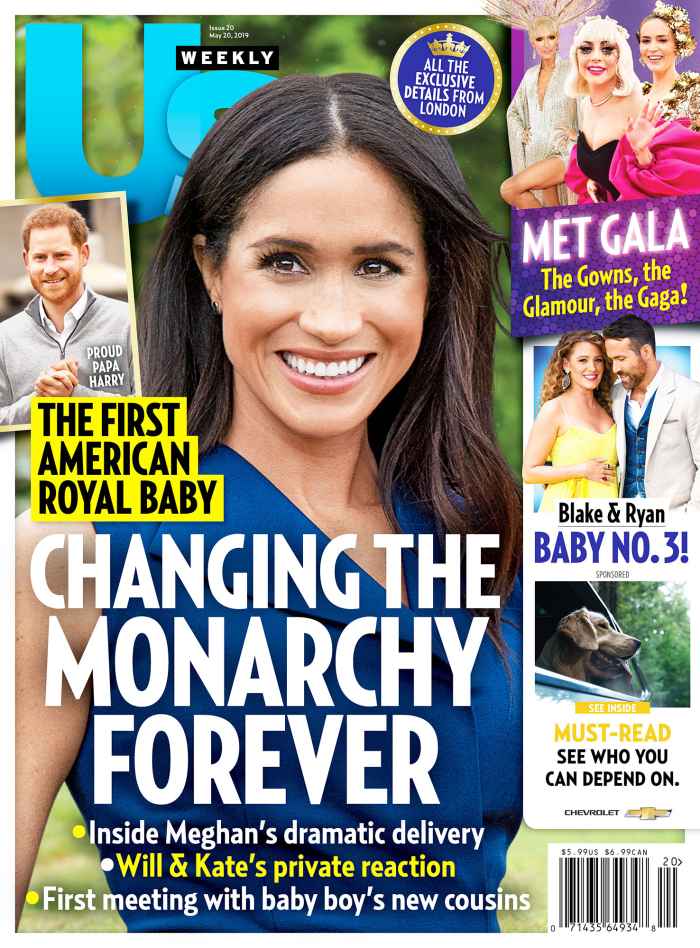 For more details on Harry and Meghan’s royal baby, watch the video above and pick up the new issue of Us Weekly, on newsstands now!