Jessica Simpson 'Felt Like a Call Girl' Amid Secret Affair With Movie Star
John Legend: How My Kids With Chrissy Teigen Adjusted to New Baby
You Love Dolly Parton’s Music, but Have You Read Her Books?
END_OF_DOCUMENT_TOKEN_TO_BE_REPLACED

Duchess Kate is crazy for Christmas! “For Kate, the holidays are all about family and giving back,” an insider reveals exclusively in the new issue of Us Weekly.

The Duchess of Cambridge, who shares Prince George, 6, Princess Charlotte, 4, and Prince Louis, nearly 20 months, with Prince William, will celebrate the holiday at Queen Elizabeth II’s Sandringham estate in Norfolk, England. According to the insider, the duchess, 37, offered to help the 93-year-old monarch prepare for the celebrations.

“The way Kate sees it, it’s particularly important for all the royals to reunite and have fun this Christmas, especially after such a turbulent few months,” the source notes.

While the family of five will head to the 20,000-acre estate for Christmas Eve, Prince Harry and Duchess Meghan, who share son Archie, 7 months, announced last month that they would not be attending the festivities.

“The kids can barely sleep, they’re so excited. Like every year, they’re going to leave a mince pie out for Santa,” the source tells Us, noting that the young princes love dancing to Mariah Carey’s “All I Want for Christmas.”

As for presents, Charlotte asked for a pony, per the insider, but William, 37, is worried his daughter is too young, so the couple opted for a toy riding center instead.

What the Royal Family Eats on Christmas

“And George is really into tennis and has asked for a new racket,” the insider adds. Both kids will be getting play cooking sets too, “because they love making a mess in the kitchen!”

Per tradition, the queen’s great-grandkids will help her finish decorating the tree at Sandringham on Christmas Eve. According to the source, George and Charlotte have already been sneakily taking candy from the tree at their own home when their parents aren’t looking: “Kate knows, but since it’s Christmas she lets them get away with having a few more sugary treats than usual.” 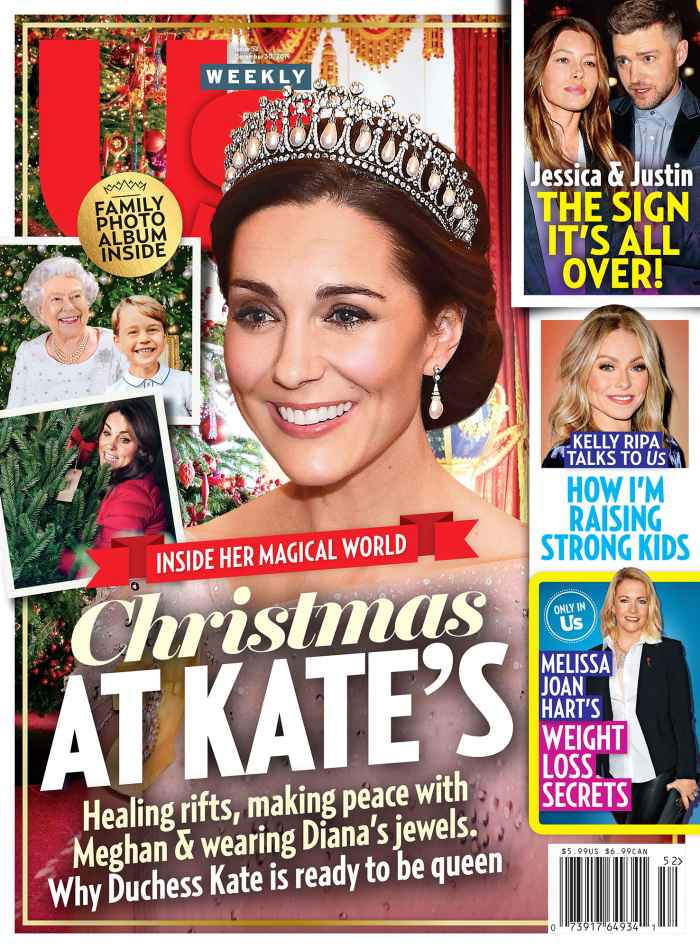 For more on the royal family’s upcoming holiday, watch the video above and pick up the new issue of Us Weekly, on newsstands now!

Jessica Simpson 'Felt Like a Call Girl' Amid Secret Affair With Movie Star
John Legend: How My Kids With Chrissy Teigen Adjusted to New Baby
You Love Dolly Parton’s Music, but Have You Read Her Books?
END_OF_DOCUMENT_TOKEN_TO_BE_REPLACED