Ashton Kutcher: Demi Moore's Miscarriage Was 'Really, Really Painful'
Pamela Anderson's Biggest Revelations From New Book, Netflix Documentary
Pedro Pascal Through the Years: From 'Game of Thrones' to 'The Last of Us'
END_OF_DOCUMENT_TOKEN_TO_BE_REPLACED

The dutiful duchess! Ever since Prince Harry and Meghan Markle announced their decision to step back from their royal duties, the palace has been in crisis mode. Now, Duchess Kate is pushing herself to the limit in order to fulfill her obligations while navigating the rift in her family.

Duchess Kate and Meghan Markle’s Complex Relationship: Everything We Know

“She barely has time to rest, and when she does try to sleep, her mind is constantly racing,” an insider exclusively reveals in the new issue of Us Weekly. The Duchess of Cambridge, 38, is also still mourning the loss of her once-close relationship with Harry, 35. The insider says that behind closed doors, she has been crying over the literal and figurative distance between herself and her brother-in-law.

The source continues, “She wishes she could speak to Harry. She misses him and fears she’ll never be close to him again.”

With the former military pilot and the Suits alum, also 38, starting their new life with 8-month-old Archie in Canada, the pressure on Kate and her husband, Prince William, to fulfill their royal responsibilities has doubled.

As for the Duchess of Cambridge’s relationship with Meghan? The two women haven’t spoken since Harry and Meghan’s shocking decision, and now the insider says the rift between them has become much worse. “They couldn’t be further apart,” says the insider. 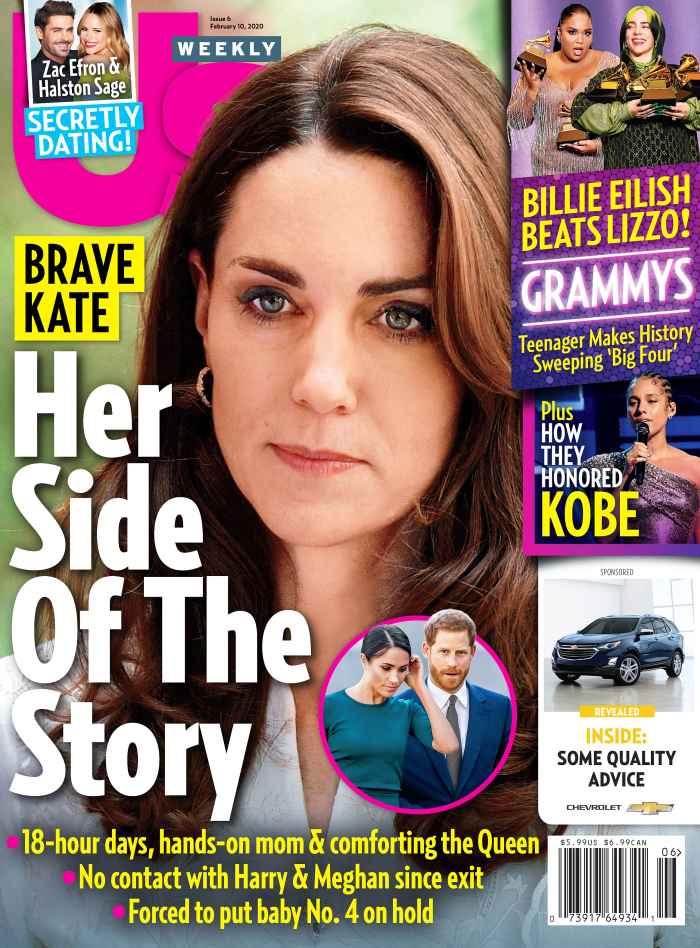 For more on Kate and Harry’s mindset and how she’s coping with Harry and Meghan’s exit, watch the video above and pick up the new issue of Us Weekly, on newsstands now.

Prince Harry and Duchess Meghan Take a Step Back From Senior Duties: Everything We Know About Their Rocky Royal Path

Listen on Spotify to Us Weekly’s Hot Hollywood as each week the editors of Us break down the hottest entertainment news stories!

Ashton Kutcher: Demi Moore's Miscarriage Was 'Really, Really Painful'
Pamela Anderson's Biggest Revelations From New Book, Netflix Documentary
Pedro Pascal Through the Years: From 'Game of Thrones' to 'The Last of Us'
END_OF_DOCUMENT_TOKEN_TO_BE_REPLACED