Your Horoscope: What’s in Store for You This Week!
‘Good Morning America’ Anchor Amy Robach Has Worked Hard For Her Money: Find Out Her Net Worth
Rob Kardashian’s Weight Loss Photos Through the Years Will Have You Rooting for Him
END_OF_DOCUMENT_TOKEN_TO_BE_REPLACED

Elizabeth Olsen wasn’t sure she wanted to be known as Mary-Kate and Ashley Olsen’s younger sister in Hollywood.

The WandaVision star, 32, revealed that when she was 10 years old in 1999, she considered dropping her famous last name. Her sisters, now 34, were already massively famous, having finished their run on Full House and moved on to direct-to-video hits like Passport to Paris and Switching Goals.

“During that time, I thought ‘I don’t want to be associated with [Mary-Kate and Ashley]’, for some reason,” Elizabeth told Glamour UK in their April 2021 digital cover story. “I guess I understood what nepotism was like inherently as a 10-year-old. I don’t know if I knew the word, but there is some sort of association of not earning something that I think bothered me at a very young age.”

The Scarlet Witch actress planned to go by Elizabeth Chase, using her middle name instead of her last. She added that the name change idea “had to do with my own insecurities,” which she eventually overcame.

See Mary-Kate and Ashley Olsen Through the Years

Now, the Wind River star uses her last name as well as the advice her family has given her. She went viral earlier this year for sharing one golden piece of wisdom from Mary-Kate and Ashley.

“Something my sisters always say, which might have come from my father at one point — my dad, I don’t know — is that ‘no’ is a full sentence,” Elizabeth explained in a resurfaced 2018 interview. “And I really like that, especially as a woman. You can just say ‘no,’ and I just really like that in all aspects of life.” 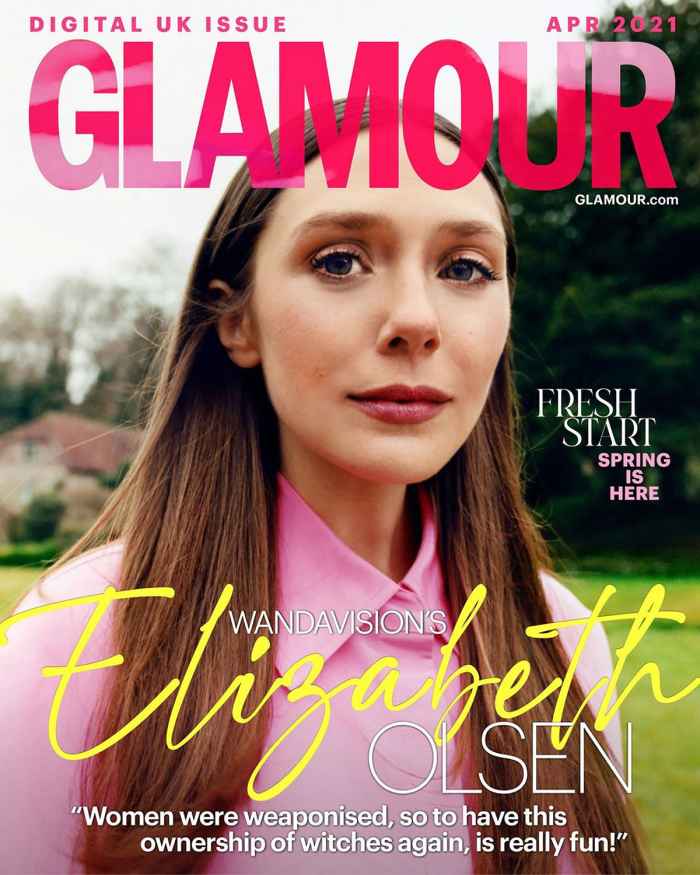 Today, she still goes by the advice.

“The word ‘No’ specifically was something that I remember my sisters isolating and it becoming really empowering,” she told Glamour. “And for women, it’s a really empowering word. People say ‘Just say no to drugs,’ but truly, you can just say no whenever the hell you want! It’s really a powerful thing.”

Though that’s the nugget that went viral, the Marvel star, who is currently filming Doctor Strange in the Multiverse of Madness, previously told Us Weekly that she gets plenty of tips from the fashion designers.

“I think they’ve given me a lot of little advice along the way,” Elizabeth told Us in 2017.

Your Horoscope: What’s in Store for You This Week!
‘Good Morning America’ Anchor Amy Robach Has Worked Hard For Her Money: Find Out Her Net Worth
Rob Kardashian’s Weight Loss Photos Through the Years Will Have You Rooting for Him
END_OF_DOCUMENT_TOKEN_TO_BE_REPLACED