Big Brother's Alyssa Snider and Kyle Capener Split
Jennifer Garner Has 'No Desire' to ‘Slow Things Down’ With Love John Miller
‘Seinfeld’ Cast: Where Are They Now?
END_OF_DOCUMENT_TOKEN_TO_BE_REPLACED

Head over heels! Brad Pitt has been “light and carefree” since meeting his new girl Neri Oxman, an insider close to the actor reveals in the new issue of Us Weekly.

The War Machine actor, 54, has been seeing the Massachusetts Institute of Technology professor, 42, for six months and the insider adds that Pitt is “glowing around her.” While the architectural designer’s appearance might’ve caught Pitt’s eye at first, it’s her personality and intelligence that really grabbed his attention. “Design is her specialty, so it’s not hard to see why Brad would be attracted to her,” the insider told Us. “Neri is a very passionate, extremely smart and talented woman. She is very extroverted, outgoing, vivacious and loving.”

“Men and women love Neri. She has a way of making you feel as if you’re the only person in a crowded room,” the pal added. “Being around Neri is intoxicating as if you’re flying high above the mountains.” The insider revealed that Pitt has fallen for her charm and that now “you can hear his grin” when speaking to him.

The pair met in November 2017 after he came across a line of 3D-printed chaise lounges she created and he arranged to meet with her at MIT. 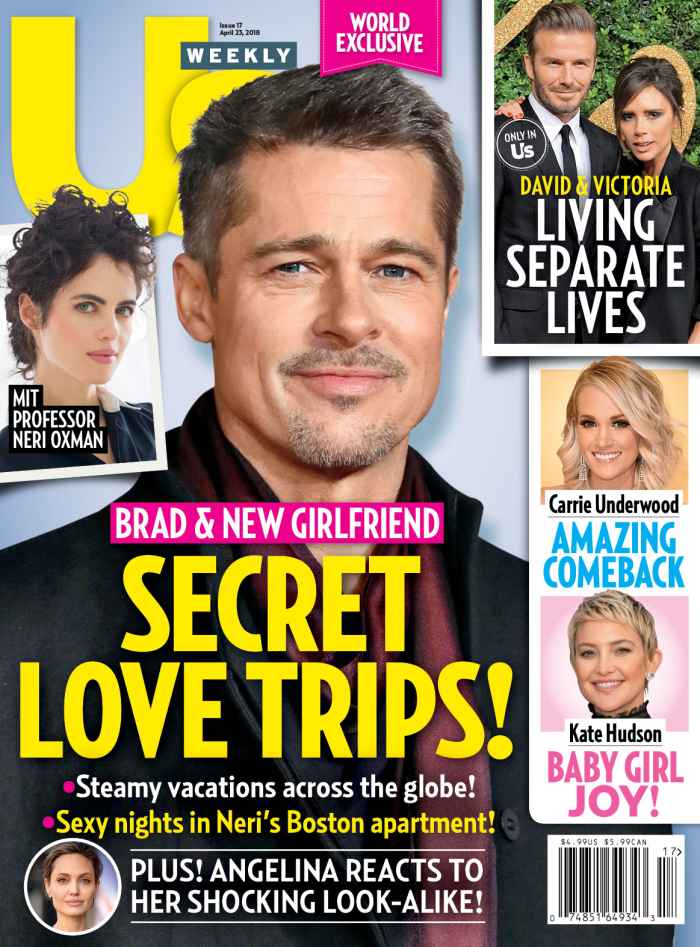 Oxman is the first woman Pitt has been linked to since his September 2016 split from wife Angelina Jolie. The actors are currently working on their divorce settlement and continue to coparent their kids Maddox, 16, Pax, 14, Zahara, 13, Shiloh, 11, and twins Knox and Vivienne, 9, together.

For more on Pitt and Oxman’s romance, pick up the new issue of Us Weekly, on newsstands now!

Big Brother's Alyssa Snider and Kyle Capener Split
Jennifer Garner Has 'No Desire' to ‘Slow Things Down’ With Love John Miller
‘Seinfeld’ Cast: Where Are They Now?
END_OF_DOCUMENT_TOKEN_TO_BE_REPLACED