Big Brother's Alyssa Snider and Kyle Capener Split
Jennifer Garner Has 'No Desire' to ‘Slow Things Down’ With Love John Miller
‘Seinfeld’ Cast: Where Are They Now?
END_OF_DOCUMENT_TOKEN_TO_BE_REPLACED

Vanessa Bryant did everything in her power to make Easter weekend one to remember for her daughters, but she is still deep in grief over the tragic deaths of her husband, Kobe Bryant, and their 13-year-old, Gianna.

“No two days are the same for Vanessa,” a source close to the Bryant family says exclusively in the new issue of Us Weekly. “One day she feels motivated, and the next she’s depressed and needs to take time for herself. … There are moments when it all completely consumes her.”

At times, the former model, 37, struggles to believe that Kobe and Gianna are really gone.

“It’s still unfathomable,” the source tells Us. “It’s the heaviest loss a mother and wife could possibly experience. She’s grieving — and will be for a very long time.”

Through it all, Vanessa has been relying on her faith and her sister. Her close friends La La Anthony, Kelly Rowland and Gabrielle Union have all stepped up too.

“They’ve been checking in and sending food and care packages,” the source reveals. 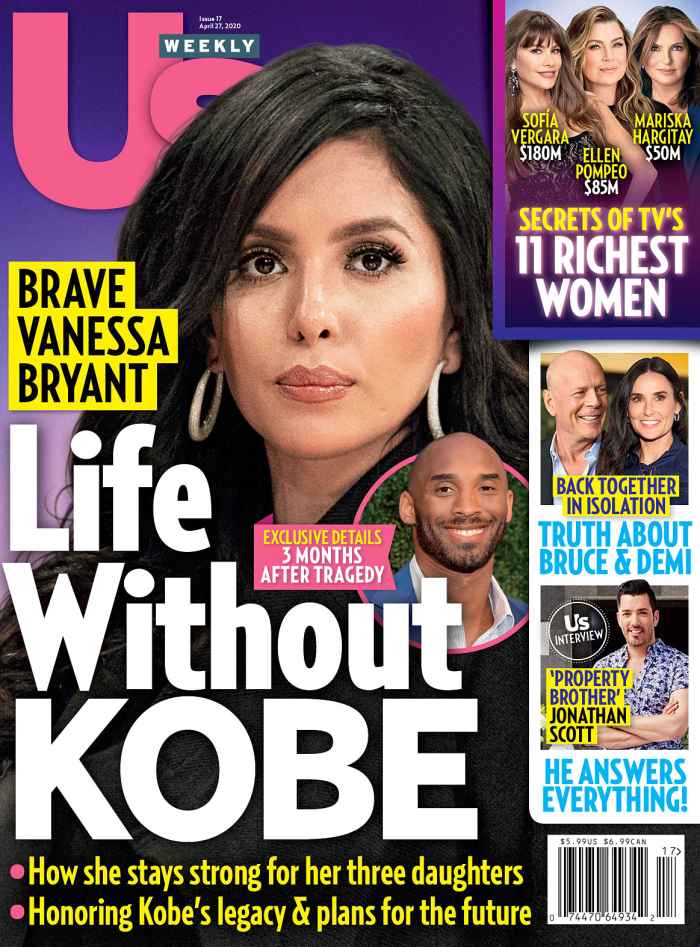 The 41-year-old former Los Angeles Lakers player, Gianna and seven of their friends were killed in a helicopter crash in Calabasas, California, on January 26. The father-daughter duo were laid to rest in a private funeral service on February 7, and they were remembered by stars including Jimmy Kimmel, Shaquille O’Neal and Michael Jordan during a public memorial at Staples Center two weeks later.

For more on Vanessa’s life without Kobe and Gianna, watch the video above and pick up the new issue of Us Weekly, on newsstands now.

Big Brother's Alyssa Snider and Kyle Capener Split
Jennifer Garner Has 'No Desire' to ‘Slow Things Down’ With Love John Miller
‘Seinfeld’ Cast: Where Are They Now?
END_OF_DOCUMENT_TOKEN_TO_BE_REPLACED