A royal relationship. The bond between Duchess Kate and Queen Elizabeth II has flourished over the years, a source reveals exclusively in the new issue of Us Weekly.

The insider explains, “Kate and the queen have always had a special bond, but they developed a deeper friendship after she and [Prince] William moved from Anmer Hall, Norfolk, to Kensington Palace, which is within walking distance of Buckingham Palace.”

As for what Kate, 37, and Elizabeth, 92, do to strengthen their kinship. “Sometimes they’ll casually catch up over afternoon tea,” the source continues. “But other times, they’ll have more formal meetings, where the queen will give intense one-on-one training about taking on the crown.”

The duchess has been preparing for her future role as queen consort with the help of Her Majesty the Queen. “She’s really taken Kate under her wing,” a second source previously told Us. “The two of them will often spend hours discussing royal life and the future of the monarchy.”

The Duchess of Cambridge’s title will change after William — with whom she shares children Prince George, 5, Princess Charlotte, 3, and Prince Louis, 11 Months — is named king. However, the pair will have to wait a little bit longer for that to happen. The Duke of Cambridge’s father, Prince Charles, is set to take over as king once Elizabeth retires. William, 36, will then take over the title upon Charles’ retirement. 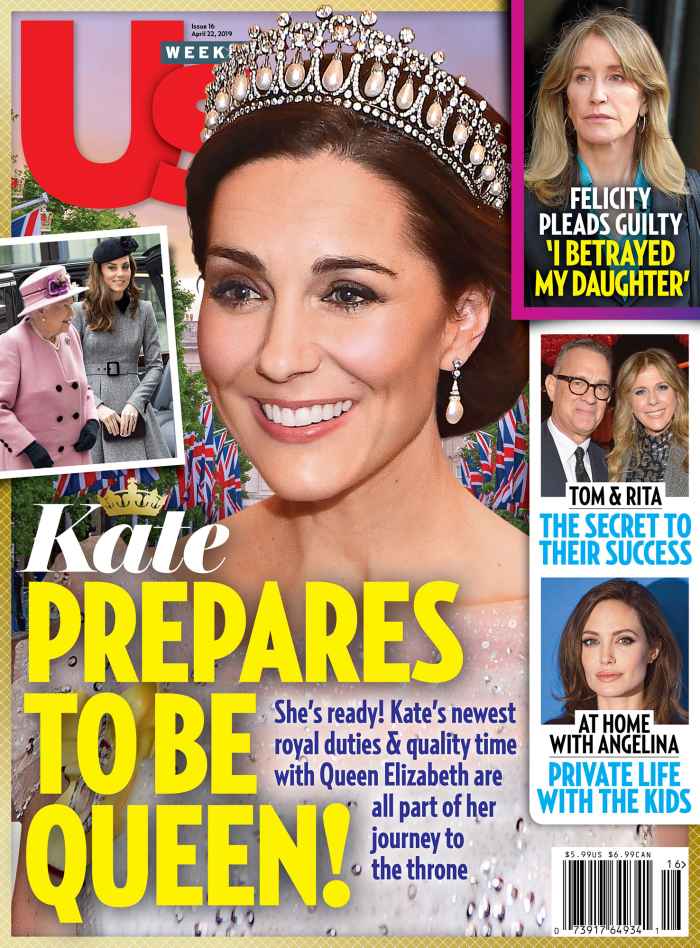 Last month, Kate and the queen stepped out together for their first-ever solo outing. (Kate and William tied the knot in April 2011.) The pair visited King’s College London on March 19 to see renovations made on campus and learn more about the university’s future plans.

Duchess Kate and Duchess Meghan’s Complex Relationship: Everything We Know

“Today The Duchess is accompanying Her Majesty to see Bush House, a set of buildings which have been converted to include lecture theatres, teaching rooms, and an auditorium,” Kensington Palace tweeted. “The Duchess of Cambridge has become Patron of the @FoundlingMuseum ahead of her visit to the Museum later today, where she will learn about how the organisation works with art and artists to transform the lives of vulnerable and marginalised young people.”

For more details on the relationship between Kate and Elizabeth, watch the video above and pick up the new issue of Us Weekly, on newsstands now!