The strength of a woman! Soairse Ronan hit the Golden Globes red carpet in Beverly Hills on February 7 with decidedly powerful style, including a futuristic black and white Versace gown with sharp shoulders, a sculpted updo and silver lids. In a year when Hollywood banded together to honor gender equality by wearing black, the 23-year-old Lady Bird lead (who took home the award for Best Actress in a Motion Picture, Comedy or Musical!) made a statement of her own. And we have all the exclusive behind-the-scenes details including products, makeup shades, steps and the $1,300 hair tool involved from the makeup artist and the hairstylist responsible for her glam style.

The Irish actress’ look was all about the melding of hard and soft, her makeup artist, Kara Yoshimoto Bua, and hairstylist Adir Abergel, tell Us exclusively.  “I wanted to juxtapose the modern graphic shapes of the dress by using bright yet soft feathery colors with the makeup,” says Bua. “The effect was like a Vermeer watercolor painting,” Abergel exclaimed, as the two spoke to Us via speakerphone from the suite where they prepped Ronan, just as she was walking out the door to hit the red carpet. The pair says the look can best be described as “elegantly undone.” “It was really about balancing the hard lines of the dress and the softness, the femininity of the makeup, with touches of futuristic silver,” Bua adds. (Incidentally, the team also collaborated on Jessica Biel’s look for the Golden Globes, in a suite just down the hall in the same hotel.) 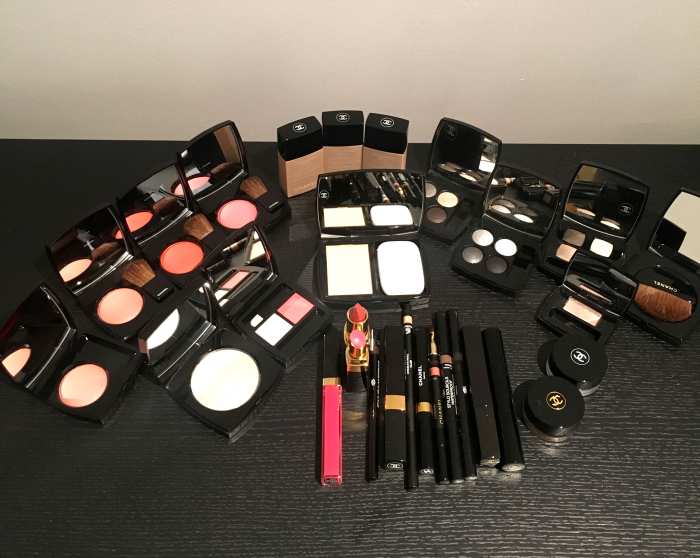 For lips and cheeks, Bua blended on sheer lip balm and a lip color powder, Chanel’s new Poudre A Levres Lip Balm and Power Duo in Rosa Tempera, a rosy apricot shade. On eyes, Bua created a silvery glossy lid by buffing Chanel Illusion d’Ombre Longwear Luminous Eyeshadow in Mirage “around the entire eye, like a wash of transparent watercolor.” After “lightly lining” lids in a peachy beige khol pencil, she applied the lip balm to the center of lids, then stroked lashes with a coat of mascara “to keep her lashes feathery.” Brows were filled in with a brown brow pencil and set with clear brow gel. 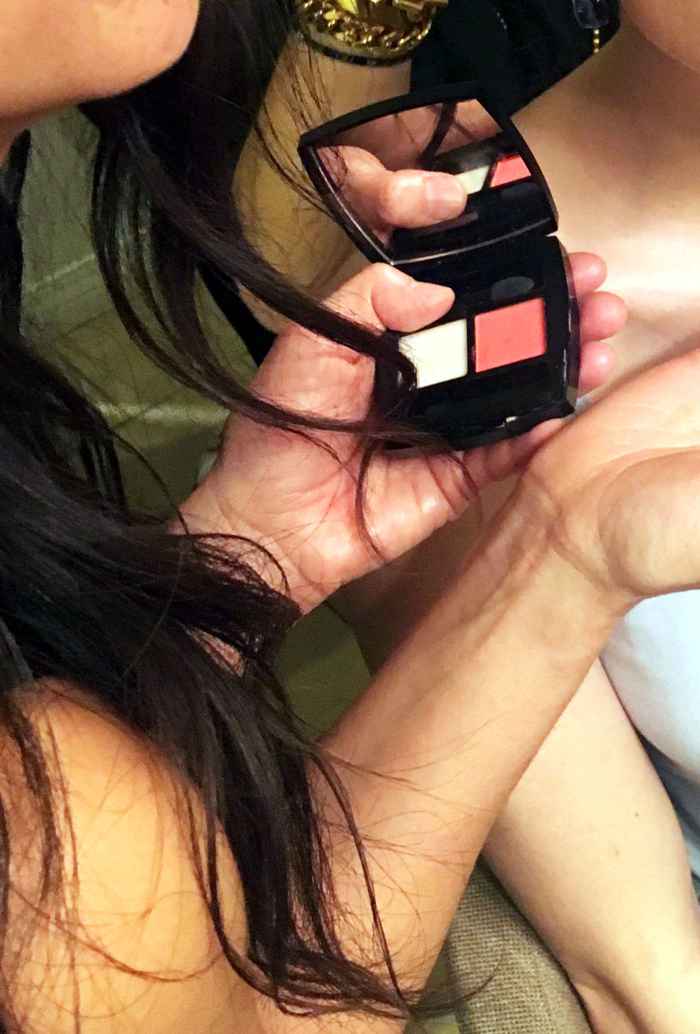 The brows were “really important because they created the structure for the makeup,” Abergel says. “I just sent Saoirse to [colorist] Marie Robinson to get her hair completely bleached out so the brows became really important to create structure for the face.” Of the hair vibe, Abergel tells Us “it was all about going futuristic and modern.” From the front, the look is a sculpted updo, but from the behind, “it’s like an upside-down braid and I sewed silver thread in it to make a play on the masculine and feminine aspects — it’s sort of androgynous and cool.”

Want to Go Behind the Scenes of the Golden Globes? Just Follow These Glam Squad Pros on Instagram! 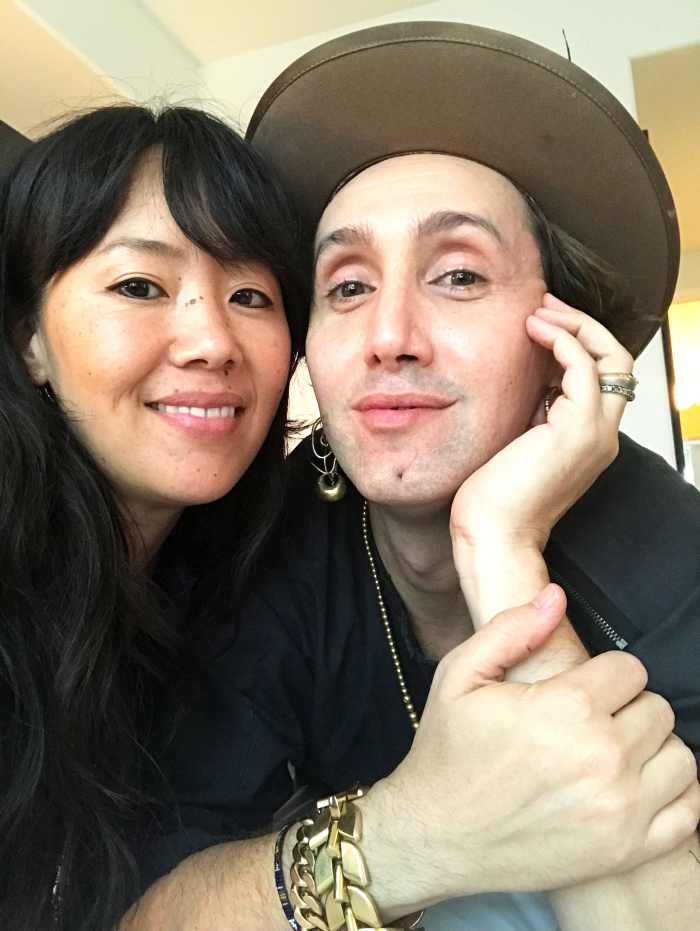 After running Virtue The One For All 6-in-1 Styler through damp locks, Abergel blow-dried Ronan’s locks smooth and then used the GHD Gold 18 Karat Styler to add shape and texture to sections. The professional only tool is literally all gold and costs a pretty $1,300! (The brand will release a consumer-friendly rendition of the tool on February 1 that won’t be quite so precious, but will yield red carpet-worthy shine and style!)

Abergel set the front of Ronan’s hair and then gathered the back into a low ponytail, weaving hair into a braid and tucking the ends into the shape. He then finished the look by weaving metallic silver thread through the plait for a super unique take on a traditional hair accessory.