Serena Williams was one of the lucky few who nabbed an invite to Prince Harry and Meghan Markle’s nuptials in May, and now the tennis great is spilling on the experience. At a JP Morgan Chase event celebrating working moms in NYC on Tuesday, August 21, the 23-time Grand Slam winner shared how surreal the royal wedding was and the hilarious clothing item she sent the newly minted Duchess of Sussex after she assumed her title.

While Williams didn’t spill too much tea from the big event that, according to reports, had her playing beer pong at the super exclusive nighttime reception at Frogmore House (she quashed all of our hopes and dreams when she shot down the rumor in an interview with ESPN at the French Open), she did say that it was a “really nice” day, and she “never thought” she’d find herself at a royal wedding. “It was great,” she shared of watching her friend walk down the aisle and marry her prince.

Just a week after the ceremony, Williams dropped her very own clothing and accessories brand called Serena that is available exclusively on her website. Designed to be inclusive and inspiring for all women, the line includes everything from fashion-forward joggers and activewear to silk maxidresses and pencil skirts. And apparently the Duchess owns at least one piece from the collection. 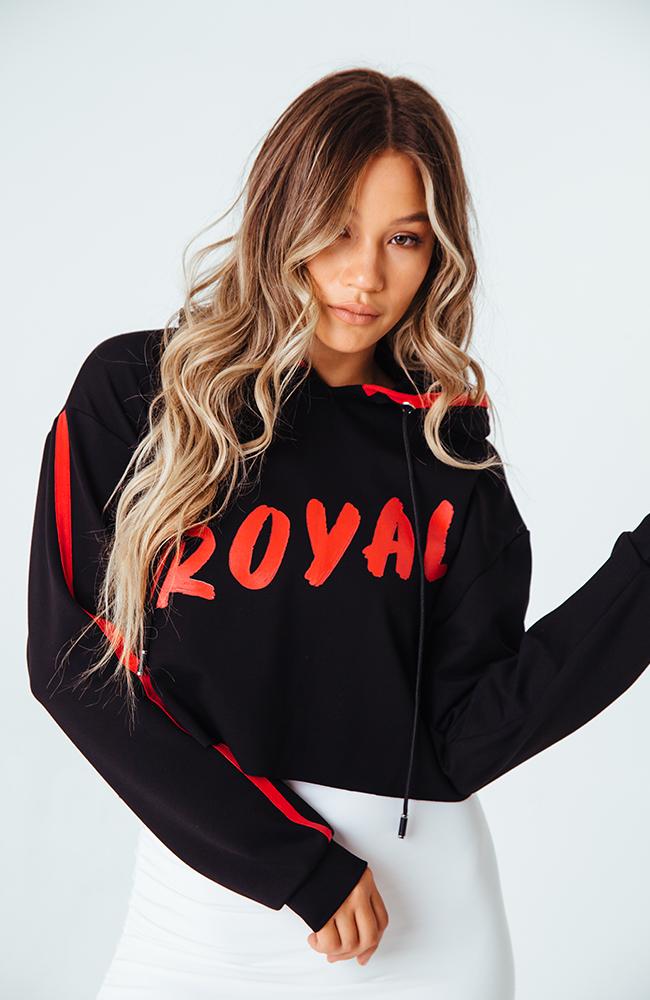 As it turns out, one of the sweatshirts in the line is a cropped hoodie with the word “royal” emblazoned on the front. The $90 pullover is named the “Royal Duchess Cropped Hoodie,” but it’s not exactly a reference to the British monarch.

“I sent Meghan all of our ‘royal’ tops and said, ‘it’s perfect for you. You’re a royal now,’” Williams joked. “I said, ‘we designed it just for you,’ which wasn’t true, but we joke around together.”

Based on the hoodie’s description on the website that reads “designed by, and fit for, a queen,” we have a feeling the piece is actually an ode to Williams’ GOAT status on the court, but we’d certainly love to see a pic of the Duchess of Sussex milling around Kensington Palace in the design!