Kelly Clarkson has been leaning on her loved ones since filing for divorce from Brandon Blackstock earlier this month. And among those helping her through this tough time is her Voice costar, Blake Shelton, a source exclusively reveals in the new issue of Us Weekly.

Kelly Clarkson and Brandon Blackstock: The Way They Were

“Blake has been supportive and the friend she has needed, as always,” says the source. But while Blackstock, 43, is Shelton’s longtime manager, the country singer, also 43, is still very close to the American Idol alum. Adds the source, “Blake and Kelly often joke they are siblings.”

Another person lending her support to the 38-year-old songstress? Blackstock’s stepmother, Reba McEntire. “[Kelly] broke the news to Reba,” says a second source. “Reba’s supportive of both Brandon and Kelly’s decision to split. She’s anguished about it, but she’s not one to judge.”

Us Weekly confirmed on Thursday, June 11, that Clarkson and Blackstock — who share daughter River Rose, 6, and son Remington Alexander, 4 — had split after seven years of marriage.

“They clashed on so many levels and being in quarantine together heightened their problems to the point of no return,” a source told Us. “So she filed for divorce.”

Kelly Clarkson and Brandon Blackstock to Divorce: All the Signs They Were Headed for a Split 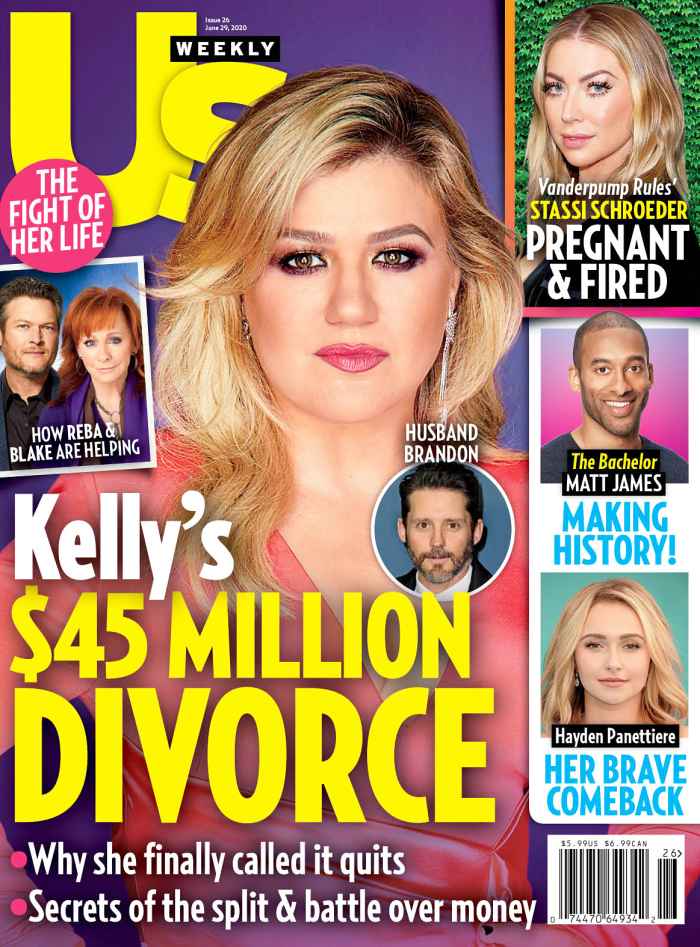 For more on what went wrong between Clarkson and Blackstock, watch the video above and pick up the new issue of Us Weekly, on newsstands now.