Big Brother's Alyssa Snider and Kyle Capener Split
Jennifer Garner Has 'No Desire' to ‘Slow Things Down’ With Love John Miller
‘Seinfeld’ Cast: Where Are They Now?
END_OF_DOCUMENT_TOKEN_TO_BE_REPLACED

More than friends? There are still some sparks flying for Jennifer Aniston and Brad Pitt despite their messy split over a decade ago, a source exclusively reveals in the new issue of Us Weekly.

“Brad and Jen have a wonderful connection that might seem flirtatious at times,” says the source. “They dig each other’s sense of humor and have an infectious energy when they’re together, but they insist things are purely platonic and nothing more than that.”

Everything Jennifer Aniston and Brad Pitt Have Said About Their Relationship, Divorce

The Morning Show actress and the Ad Astra star, 56, ended their 5-year marriage in October 2005. One month after finalizing their divorce, Pitt moved on to Angelina Jolie, whom he split from in September 2016 after two years of marriage and 10 years together.

Any bad feelings the exes had for one another is clearly long passed them. Pitt attended the Friends alum’s holiday party at her Bel-Air, California, home earlier this month. He also went to Aniston’s 50th birthday bash in February.

“It took a while for Jen to heal and for Brad to stop feeling bad for how he left her back in 2005,” adds the source. “This is something they’ve taken their time with, and they’re well aware of the hysteria around their relationship among their fans.”

The lines of communication are very open between them, adds the source. “Their bond is solid. They’ve come a really long way.”

Jennifer Aniston’s Dating History: A Complete Timeline of Her Exes and Flings 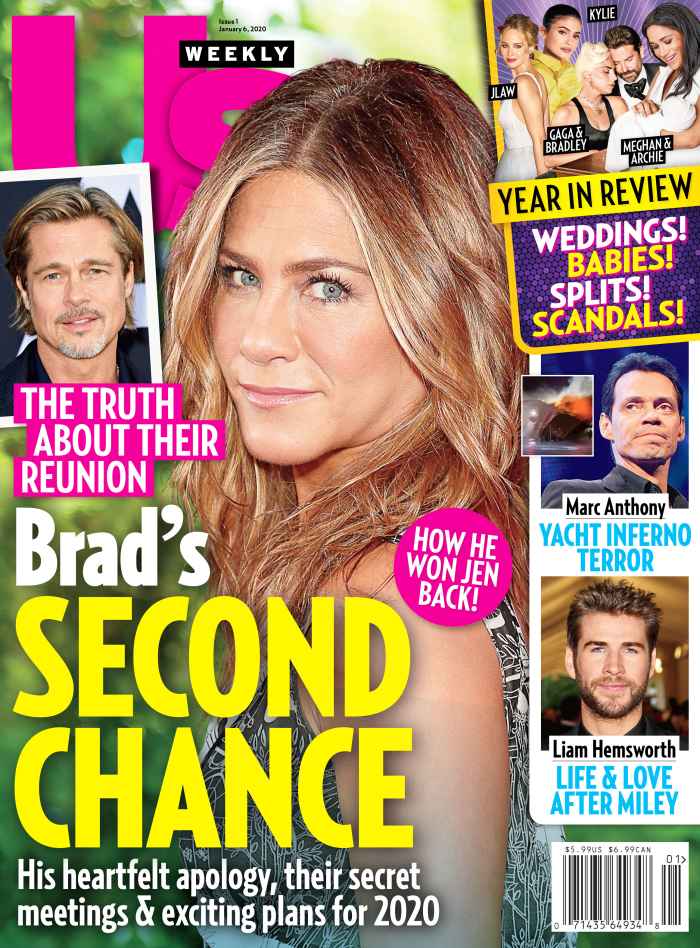 For more on Aniston and Pitt’s relationship, watch the video above and pick up the new issue of Us Weekly, on newsstands now.

Big Brother's Alyssa Snider and Kyle Capener Split
Jennifer Garner Has 'No Desire' to ‘Slow Things Down’ With Love John Miller
‘Seinfeld’ Cast: Where Are They Now?
END_OF_DOCUMENT_TOKEN_TO_BE_REPLACED