Halloween for all! A bunch of adorable pups put their best paw forward when they joined Us Weekly to review a few pumpkin-flavored treats ahead of the spooky holiday.

Celebrities With Their Pets

The group of furry pals got into the holiday spirit, as they dressed up in jack-o’-lantern costumes to get the job done.

The doggies first sampled pumpkin spiced lattes, courtesy of Le Pain Quotidien. Three of the five pups were too distracted to notice the food in front of them, and instead played around with one another. That left more for the remaining two dogs, one of which got on top of the serving tray to finish off the samplings. 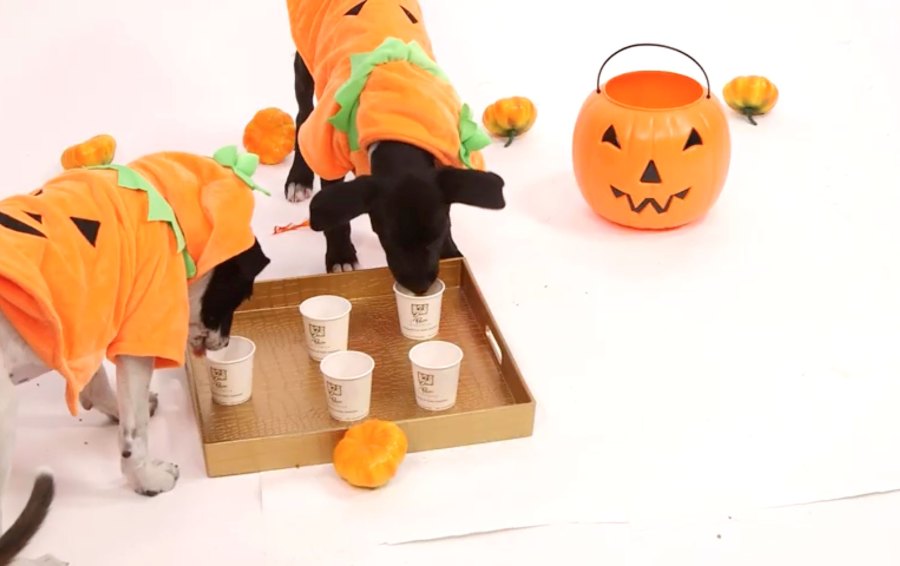 Next up, the dogs were offered a taste of Wholesome Pride’s Pumpkin Strips. The item was placed into a glass bowl, and all the pups gravitated toward the snack.

The dogs then got to try Bocce’s Bakery Pumpkin Cheesecake Biscuits, which was an instant winner. Each pup attempted to place their head into the glass bowl at the same time just to get a nibble of the yummy treat. One dog, in particular, hogged the food and tried to move it away from his fellow doggy friend that was struggling to snatch up one of the mini biscuits.

Celebrity Pets That Have Their Own Social Media Accounts

Portland Pet Food’s Pumpkin Brew Biscuits were the last item on the menu. The snack was nestled inside of a jack-o’-lantern candy bucket, which all five pups ran over to after it was placed in front of them. 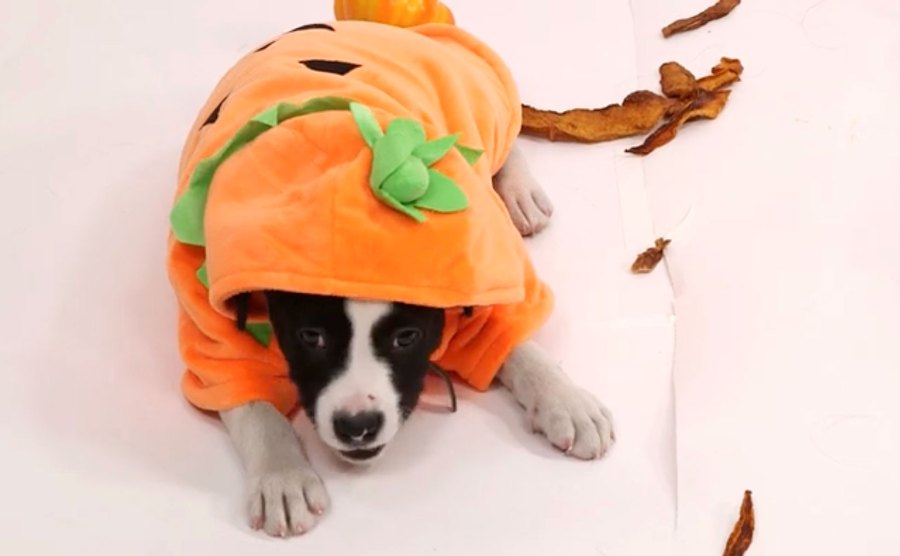 All the cute pups featured in the adorable video are up for adoption! They are currently under the care of the North Shore Animal League America in New York. It’s known for being “the world’s largest no-kill rescue and adoption organization,” according to the facility’s website.

Though the North Shore dogs starring in Us Weekly’s video reviewed some tasty Halloween-themed treats, the nonprofit organization listed tips on what foods are best to keep away from furry friends.

“Candy, candy wrappers and decorations should be kept out of a pet’s reach. Chocolate can be toxic, and many sugar-free candies, gum and baked products contain Xylitol, a sweetener that is toxic to dogs,” the website reads. “Tinfoil, cellophane and plastic candy wrappers can also be hazardous if swallowed. If you suspect that a pet has ingested Xylitol, call a veterinarian immediately.”

North Shore also advised pet owners to abstain from giving their animal companions pumpkin, despite it being considered as “relatively non-toxic.” The fruit can “produce upset stomachs” in dogs.

“If your pumpkin is lit, keep it out of your pet’s reach,” the organization suggested. “Pets can knock over pumpkins, and curious kittens and pups run the risk of being burned.”

Head over to the North Shore Animal League America’s website to learn more about the pets available for adoption!