Putting their daughter first! Bradley Cooper and Irina Shayk are thinking of their 2-year-old, Lea de Seine, after their split.

“They both want to keep it civil for [her] sake,” a source told Us Weekly exclusively in the latest issue.

The actor, 44, and the model, 33, who plan to share 50-50 custody of the toddler, have hired a lawyer to get a coparenting plan in place. “They both work and have a nanny,” the insider told Us. “They’ll coordinate to make sure their daughter is always with one parent. When Lea has important events in her life, both Bradley and Irina will be there.”

News broke in June that the couple broke up after more than four years of dating. For the time being, the Victoria’s Secret model is still living at her ex’s Los Angeles home with Lea.

“It was obvious their romantic relationship was over,” the source told Us of the split, adding that the pair have been acting single for awhile. “They’ve been coparenting and doing things the way they intended to continue after splitting up.”

After their breakup went public, Shayk was spotted carrying luggage out of her home and heading to the Los Angeles International Airport. She flew to Iceland and was all smiles on social media modeling for Italian knitwear brand Folconieri.

In September 2018, Cooper opened up to NPR about how happy he was to be a father. “Having a child and having a family of my own — which is a miracle and something I’ve always dreamt of — has opened me up even more, I guess, to the day, and to be present.”

Bradley Cooper and Irina Shayk: The Way They Were 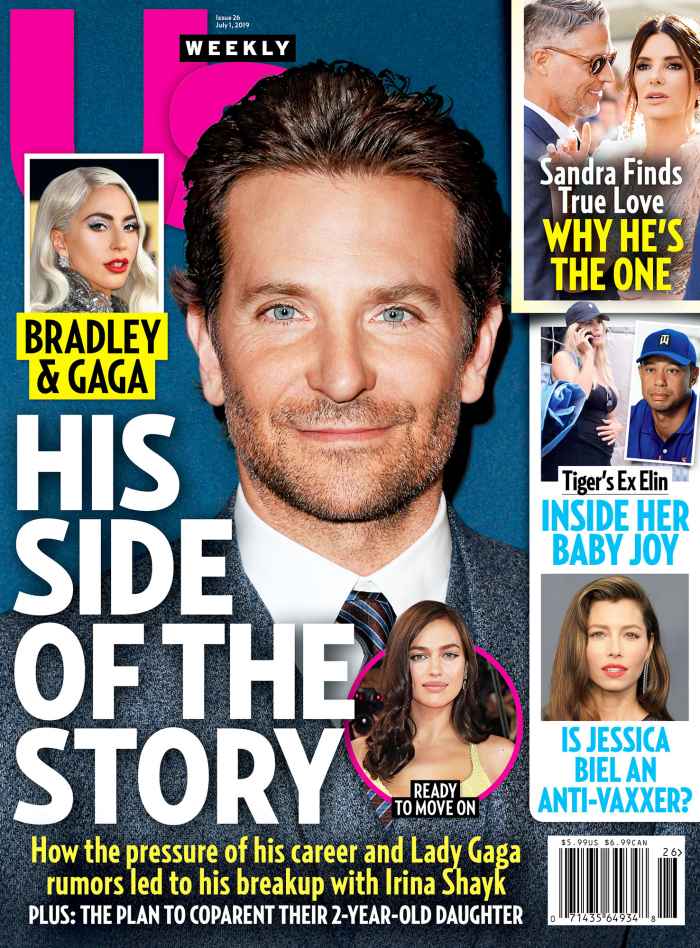 For more on Cooper and Shayk’s family plans post-split, watch the video above and check out the latest issue of Us Weekly, on newsstands now!

With reporting by Brody Brown, Jen Heger and Carly Sloane