Try The Rosé All Your Favorite Stars Are Drinking During Quarantine!
Celebrities React to Claims of Ellen DeGeneres’ ‘Toxic’ Workplace: Katy Perry, Brad Garrett and More
The 5 Most Comfortable Face Masks — From Tory Burch to Amazon
END_OF_DOCUMENT_TOKEN_TO_BE_REPLACED

What’s in a name? Cameron Diaz and hubby Benji Madden surprised fans when they announced the birth of their daughter, Raddix Madden, on January 3 in a statement posted to both of their Instagram accounts.

The couple wrote, “We are so happy, blessed and grateful to begin this decade by announcing the birth of our daughter … She has instantly captured our hearts and completed our family … She is really, really cute!! Some would even say RAD.” Now, a source exclusively reveals to Us Weekly that the Charlie’s Angels star, 47, and Good Charlotte frontman, 40, had a special inspiration behind their daughter’s unique moniker.

Friends of the couple believe the name “Raddix” is a combination of “rad” (one of their favorite words) and a translation of “new beginning” — a fitting sentiment after their challenging journey to parenthood, the source tells Us. “It’s so like Cam and Benji to pick a quirky yet meaningful name,” and “they agree it suits her perfectly.”

After tying the knot in 2015, the couple spent years trying to start a family before finally welcoming the baby girl via surrogate on December 30. The insider adds: “They went through so much to get to this point. Cameron feels like this baby is truly a miracle.”

According to the source, the musician’s brother, Joel Madden, and wife Nicole Richie are “thrilled” to see the couple in such a “wonderful place.”

“Nicole and Joel have been so great, and they’ve offered to help in any way they can, both now and moving forward,” the source tells Us. “They’re going to be a huge part of Raddix’s life — the plan is to really integrate the two families so all the kids can grow up together and be one big, happy family.” 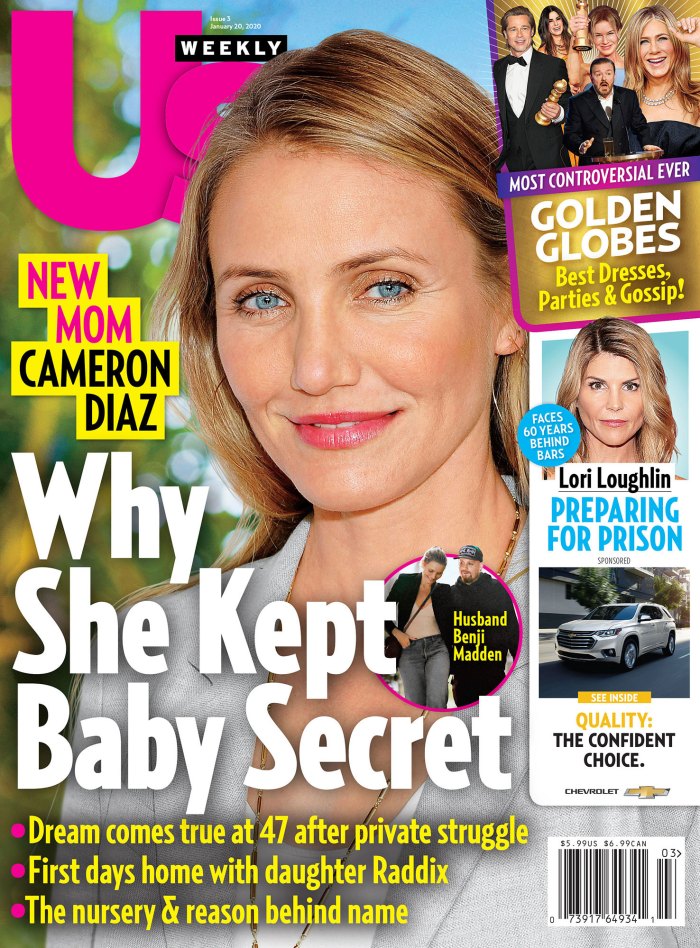 As the new parents endure sleepless nights and round-the-clock feedings, they can’t stop marveling at their precious baby girl. “They just can’t believe their little miracle is finally here,” says the insider. “They’ve spent the last five years hoping for this, and it surpassed all of their expectations.”

Unlock the secrets to being the best version of you, from keeping those New Year’s resolutions, to staying mindful about your mental health and tackling issues that rarely get talked about. Listen to The Secrets to a Healthier, Happier You in 2020 below.

Try The Rosé All Your Favorite Stars Are Drinking During Quarantine!
Celebrities React to Claims of Ellen DeGeneres’ ‘Toxic’ Workplace: Katy Perry, Brad Garrett and More
The 5 Most Comfortable Face Masks — From Tory Burch to Amazon
END_OF_DOCUMENT_TOKEN_TO_BE_REPLACED