In a town filled with fair-weather friends, Sandra Bullock and Jennifer Aniston are the real deal, come rain or shine! The A-listers became close about five years ago, multiple insiders reveal exclusively in the new issue of Us Weekly.

“They’d known each other from the industry,” a source tells Us. They both dated actor Tate Donovan in the ’90s and enjoyed the title of “America’s Sweetheart” after a string of rom-com hits, including one each with Ben Affleck as their leading man (1999’s Forces of Nature for Bullock, 2009’s He’s Just Not That Into You for Aniston).

Us previously reported that the friendship was sparked during a dinner party at the home of one of Affleck’s exes — Gwyneth Paltrow. Says the Aniston insider, “They got to talking and everything just really clicked.” It didn’t take long for them to discover “they had similar outlooks on life and the same dry sense of humor. They bonded over where they were in life and what it was like to be a woman in Hollywood.”

Celebrity Friends Who Have Dated the Same Person

Things have only grown from there. Now, the Speed actress, 54, and the Friends alum, 50, “talk or text frequently and go out to dinner a lot,” notes the Aniston insider, “and often invite each other over for parties and low-key get-togethers.” 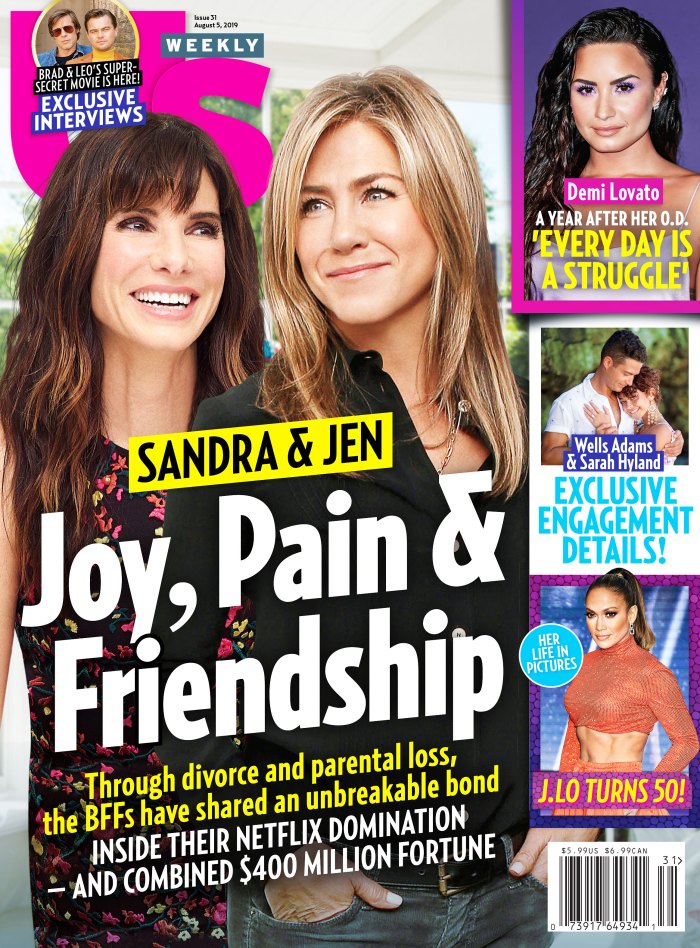 For more on Aniston and Bullock’s friendship, watch the video above and pick up the latest issue of Us Weekly, on newsstands now!

With reporting by Jen Heger and Marc Lupo