Podcast
Pia Mia Shares Her Tips for TikTok and How It's Helped Her Through Quarantine
Making the best of a bad situation! Pia Mia is just like the rest of us, trying to find ways to busy herself in isolation — and like so many, she tells Us Weekly‘s “Hot Hollywood” podcast her solace has been in dancing on TikTok! The “Hot” singer 23, says, “I had an account, but […]

Exclusive
How Steve-O's Fiancee Embraced His Public Nudity, Chaotic Lifestyle
Expressionisms of love! Steve-O is back at it again with a hilarious comedy special, involving several wild and NSFW stunts, but his fiancée has an issue with how far he’ll go! The comedian, 46, and Lux Wright have been going strong for three years now and Wright, 32, is arguably the most laidback fiancée out […]

Buzzzz-o-Meter
Buzzzz-o-Meter: Stars Are Buzzing About This Adults Only-Vegas Show
Heating up in Hollywood! If you’re looking to hit up a fun and funky show or try a new champagne, Us Weekly has you covered! Find out what celebrities — including Shania Twain and 50 Cent — are buzzing about this week by scrolling through the photos!

Music
See the 2019 CMT 'Artists of the Year' Nominees Official Portrait
The CMT Artists of the Year event is celebrating its 10th anniversary, and the star-studded lineup makes this show a must-see event! Tops artists like Carrie Underwood, Kane Brown, Thomas Rhett, Ashley McBryde and Reba McEntire will all be shining on the red carpet for one of the biggest nights in country.  Ahead of the […]

Stylish
Manny MUA: What’s in My Bag?
Manny MUA (a.k.a. beauty star Manuel Gutierrez), is a living, breathing Sephora counter and he is never caught without his favorite products. No matter if he’s on the beach or at a studio for a photo shoot, he is always ready with must haves to make sure his face stays (as he would say) snatched!  Manny let us take a look […]

Exclusive
John Legend's New Love Song Has the Funniest Twist
Courtesy of SK-IIUPDATE: The song John Legend wrote for skin care brand SK-II’s Pitera Essence, called “Oh Pitera,” was unveiled to the world on Monday, June 24, and it’s as beautiful as you’d expect coming from the love song maestro. “Dedicating a new love song to…link in bio,” he wrote in an Instagram announcing the […]

Exclusive
Chaka Khan on Wigs and Body Image: 'Bigger Is Better!'
When it comes to her hair, Chaka Khan has one rule: bigger is better! Stylish had a chance to sit down with the legendary singer to discuss her new wig line Chaka by Indique — which features two iKhanic wigs in curly and straight styles — and, in the process, the “I’m Every Woman” singer […] 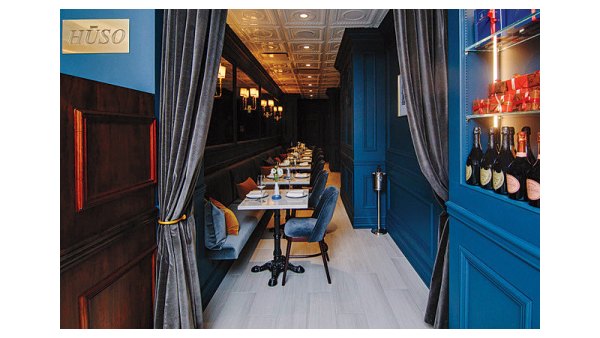 Buzzzz-o-Meter
Buzzzz-o-Meter: Stars Are Buzzing About This Speakeasy Restaurant!
Heating up in Hollywood! If you’re looking for a new bathing suit to add to your wardrobe or new music to listen to, Us Weekly has you covered! Find out which products celebrities including, Hailey Bieber (née Baldwin) and Neil Patrick Harris, are buzzing about this week by scrolling through the photos!

Stylish
The Skin Care Routine Vanessa Hudgens Uses to Look Perfect Without Makeup
Want to shine like RENT Live! star Vanessa Hudgens? It’s going to take a serious skin routine. Hudgens, 30, recently sat down with Stylish to discuss her Cosmic Dreams line with SinfulColors and how she maintains a layered approach to skin care for a naturally radiant look without having to wear makeup. Needless to say, […]

Exclusive
Kelly Rowland Takes Us Down Memory Lane With Her Favorite Hairstyles
A crown fit for a queen! Superstar Kelly Rowland has been through the thick and thin, the curly and straight and then red and purple when it comes to her locks. Starting off her singing career as a teenager in Tina Knowles’ hair salon and then going on to become a big-name entertainer has given […]

BUZZZZ-O-METER
Buzz-O-Meter: Stars Are Buzzing About This Rose Wine
Heating up in Hollywood! If you’re looking for delicious rosé to sip on or a chic hotel to stay in, Us Weekly has you covered! Find out which products celebrities such as Kylie Jenner and Naomi Campbell are buzzing about this week by scrolling through the photos!

Podcast
Us Weekly's 'On The List' Podcast: Breaking Down Sundance’s Hottest Movies
Let’s go behind the velvet rope and get the real dirt! Us Weekly Senior Reporter Travis Cronin and Associate Editor Sophie Dweck are breaking down the biggest trends, news and taking you backstage at Hollywood’s hottest events of the week on Us Weekly’s latest podcast, “On the List.” Sundance’s Hottest Movies and Hookups  Celebrities […]

Podcast
Us Weekly's 'On The List' Podcast: Breaking Down Cardi B's Post-Baby Body Secrets
Let’s go backstage for the real dirt! Us Weekly Senior Reporter Travis Cronin and Writer Sarah Hearon are breaking down the biggest trends, news and taking you backstage at Hollywood’s hottest events of the week on Us Weekly’s latest podcast, “On The List.”   Pete Davidson’s Ariana Grande Breakup Press Tour The 25-year-old comedian has been […]

On The List
Go Inside Kim K.'s Night Out in Diamonds and Bella Hadid’s 3 B-Day Parties!
Senior Reporter and Events Coordinator Travis Cronin and Editor Jen Peros take you into the most exclusive celeb-studded events of the week, including Kim Kardashian and Priyanka Chopra's big night out, Bella Hadid's birthday parties and how Kim gets her face poreless and firm — listen

Exclusive
Watch Drew Barrymore Apply Makeup on a Guy Like a Pro
Makeup is for everyone, boys included! Just ask Drew Barrymore. The actress, entrepreneur, designer and wearer of many hats (including heading up a cosmetics brands, Flower Beauty) stopped by our studios to sit down with senior reporter Travis Cronin to give him a makeover using her Flower Beauty essentials — and the results were gorgeous. First thing […]

Exclusive
Toni Braxton Talks New Album: ‘I’m Always Pushing the Envelope’
Toni Braxton is bringing sexy back. The “Un-Break My Heart” singer, 50, opens up about her first solo album in eight years and more in an exclusive interview with Us Weekly. The Grammy Award- winning performer, who this year is celebrating the 25th anniversary of her self-titled debut album, couldn’t help but gush over her […]

Stylish
NYFW Front Row Report: Scoop on Blake Lively, Emily Blunt, Zendaya and More
The final day of Fashion Week did not disappoint! On the finale of the F-W 2018 runway season in NYC we saw giant hats, fairytale shows, Broadway melodies and Blake Lively looking like a goddess.  The final day kicked off with the Michael Kors show at Lincoln Center where guests were given a Playbill-inspired program […]
Next