Get Your Glow On With These 10 Spring and Summer Must-Have Beauty Products
‘Vanderpump Rules’ Reunion Taping Postponed: 7 Questions We Need Answered at the Reunion
Stars Affected by the Coronavirus Pandemic: Tom Hanks, Orlando Bloom and More
END_OF_DOCUMENT_TOKEN_TO_BE_REPLACED

Next steps! Chris Pratt and Katherine Schwarzenegger have a wedding on the way, but when do they want to start a family?

Chris Pratt and Katherine Schwarzenegger: A Timeline of Their Relationship

While the actor, 39, and the Rock What You’ve Got author, 29, “both really love kids … it’s not something they’re thinking about right this second,” a source tells Us Weekly exclusively in this week’s issue.

For now, the engaged pair are focusing on their nuptials. Arnold Schwarzenegger‘s daughter celebrated her upcoming ceremony with a bridal shower on Saturday, April 27.

“It was a beautiful and loving shower, with lots of tributes to the couple and their love for each other and the people in their lives,” a source told Us exclusively of the party, adding that Maria Shriver thanked Pratt’s parents for raising such a wonderful man.

The Guardians of the Galaxy star was previously married to Anna Faris. The Take Me Home Tonight costars tied the knot in 2009 and welcomed their son Jack, 6, three years later, before splitting in 2017.

The actress, 42, opened up about their coparenting relationship in January. “Chris and I work really hard ‘cause we have Jack,” the Overboard star said on her “Unqualified” podcast at the time. “That is sort of the long game idea. Making sure Jack is really happy … makes us really happy.”

Pratt and Katherine were first spotted together in June 2018. The Parks and Recreation alum proposed in January, writing on Instagram at the time, “Sweet Katherine, so happy you said yes! I’m thrilled to be marrying you. Proud to live boldly in faith with you. Here we go!” 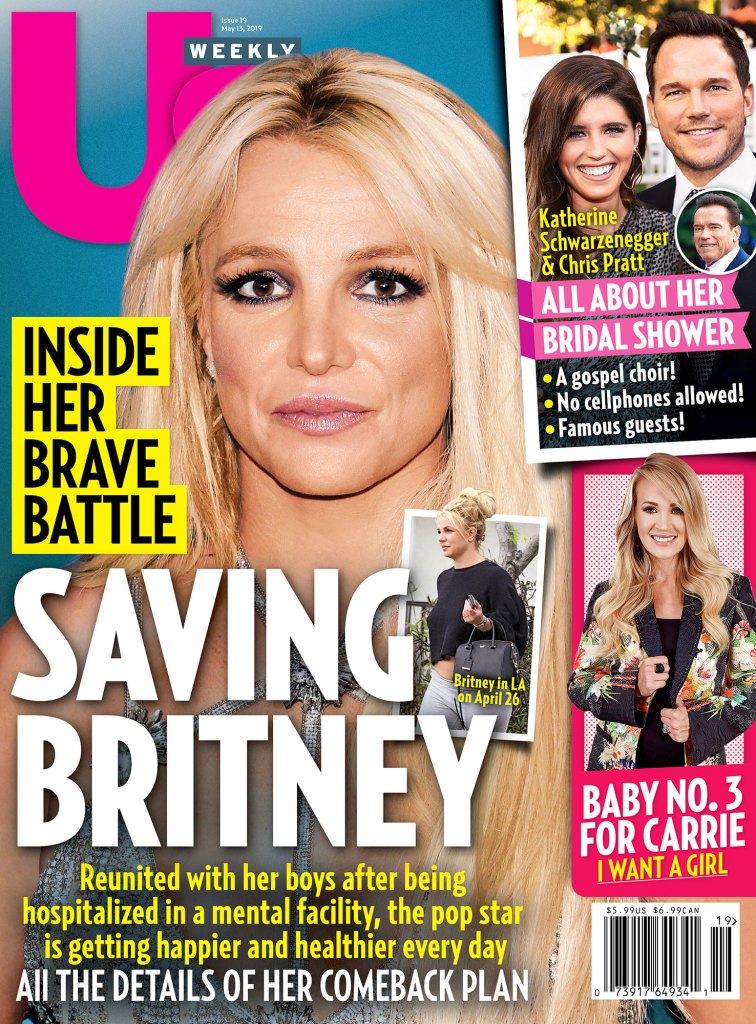 For more details on Pratt and Schwarzenegger’s family plans, watch the video above and pick up the new issue of Us Weekly, on newsstands now!

Get Your Glow On With These 10 Spring and Summer Must-Have Beauty Products
‘Vanderpump Rules’ Reunion Taping Postponed: 7 Questions We Need Answered at the Reunion
Stars Affected by the Coronavirus Pandemic: Tom Hanks, Orlando Bloom and More
END_OF_DOCUMENT_TOKEN_TO_BE_REPLACED