Jessica Simpson 'Felt Like a Call Girl' Amid Secret Affair With Movie Star
John Legend: How My Kids With Chrissy Teigen Adjusted to New Baby
You Love Dolly Parton’s Music, but Have You Read Her Books?
END_OF_DOCUMENT_TOKEN_TO_BE_REPLACED

“[Olivia] was passionate about her career, and now everything she built has imploded before her eyes,” the insider reveals in the new issue of Us. “She feels they ruined everything.”

A second source previously told Us that Olivia, 19, and sister Bella, 20, “were so close” to their mom prior to the scandal, but the trio’s relationship is now strained. The insider revealed, “[Olivia] is not talking to her parents right now. [She] feels she is the victim.” The beauty guru lost brand deals with TRESemmé and Sephora as a result of her parents’ alleged actions.

The source continued, “Olivia blames her mom and dad for this scandal and for the downfall of her career.”

Loughlin, 54, and Mossimo, 55, were arrested in March after they allegedly “agreed to pay bribes totaling $500,000 in exchange for having their two daughters designated as recruits to the USC crew team — despite the fact that they did not participate in crew — thereby facilitating their admission to USC.” They were each released on a $1 million bond.

While Olivia is technically still enrolled in the University of Southern California, a separate source told Us she “has withdrawn physically” due to fear of bullying.

The Fuller House star and the fashion designer appeared in federal court in Boston on Wednesday, April 3. Felicity Huffman, another celebrity who was arrested for her alleged involvement in the scheme, also went before a judge on Wednesday. 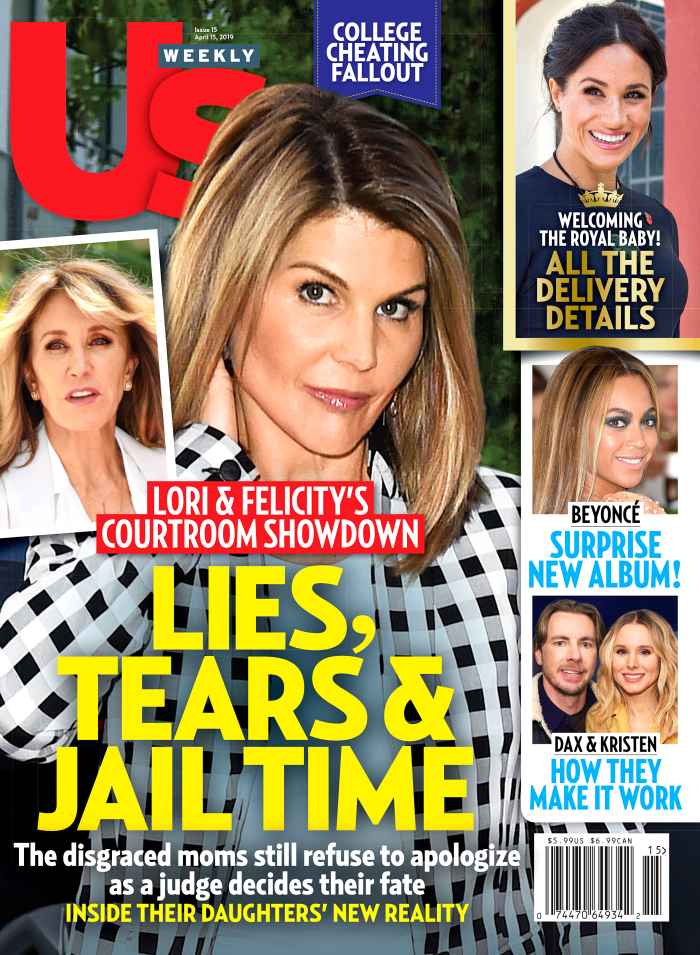 For more on how Loughlin’s family is coping with the scandal, pick up the new issue of Us Weekly, on newsstands now.

Jessica Simpson 'Felt Like a Call Girl' Amid Secret Affair With Movie Star
John Legend: How My Kids With Chrissy Teigen Adjusted to New Baby
You Love Dolly Parton’s Music, but Have You Read Her Books?
END_OF_DOCUMENT_TOKEN_TO_BE_REPLACED