Feelin’ Jovani — and generous! Kim Kardashian isn’t the only reality star trying to make a difference for prisoners. Luann de Lesseps and Jovani Fashions are raising money for formerly incarcerated women with a new bomber jacket, inspired by the Real Housewives of New York City star’s own legal trouble.

“Bombers are really easy to throw on and everyone loves a bomber jacket, so we thought that was a great thing for for the fans, something you can also get at the cabaret shows,” the 54-year-old Bravo star told Us Weekly exclusively at the listening party for her new single, “Feelin’ Jovani” at Gitano in New York City on Thursday, June 13. “Most of the proceeds are going towards women who have been formerly incarcerated to help them get their lives back — be productive, be successful and be significant in their own community. I think over 50 or 60 percent of women are there for nonviolent crimes, so it’s crazy. We wanted to do this initiative to help women in that predicament.”

De Lesseps was booked in December 2017 in Palm Beach for battery, trespassing and disorderly intoxication. 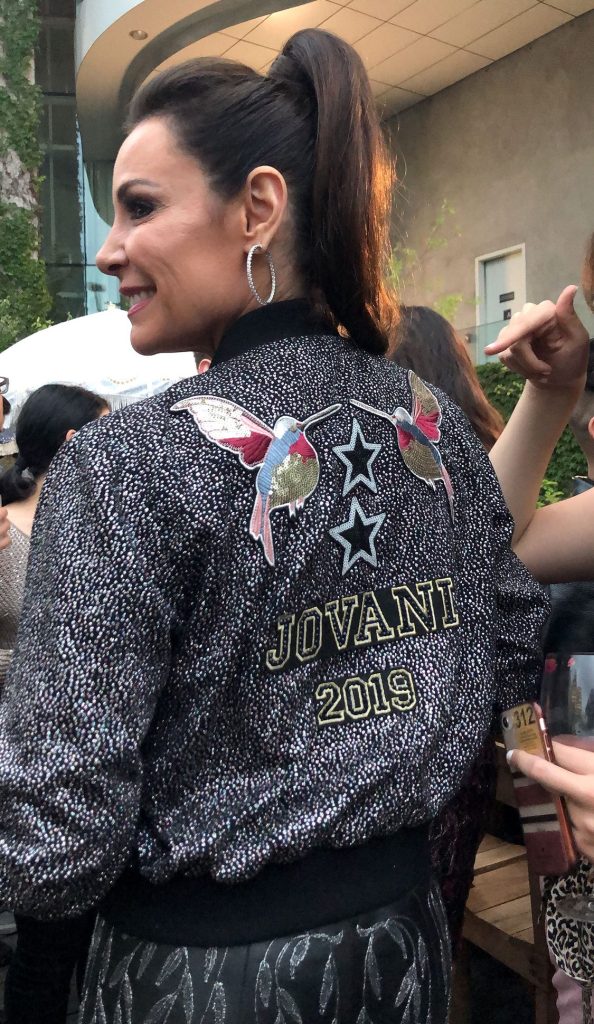 “I came this close, so I see a lot of people that are there for the wrong reason,” she told Us on Thursday. “I feel very strongly about it, so I want to help now with this platform.”

Stars Who Revealed They Got Sober

After failing an alcohol test and violating the terms of her probation, the reality star was ordered back to court back last month. During the May 23 hearing, the judge accused the “Money Can’t Buy You Class” singer of not taking her probation seriously and initially ordered her back to jail. After she was briefly handcuffed, de Lesseps agreed to a new, stricter plea deal.

“It was awful,” she told Us of the court drama on Thursday. “I struggle just like everybody else, and to think they were going to throw me in jail because I slipped was very scary and there’s just been a lot of reporting that’s going on that’s not all correct and, so I can’t wait to write the book about what happened to me. … It was very harsh. I was surprised. I was obviously very distraught about it and I feel very fortunate that I was able to get out of there.”

De Lesseps also revealed she is in a better place with her sobriety. “I’m doing well. I’m going to my meetings, I see my therapist,” she explained to Us. “I’m doing everything I need to do and taking it seriously.”